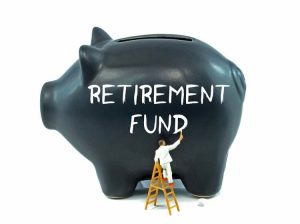 Today I wanted to give you some insight into the financial process I went through to decide I had enough to retire.

We’ll review the budget I set up (both income and expenses) and I’ll give commentary on where I stand now and some steps I’m planning.

We will cover them from a pretty high level (no one wants to go through a line-by-line budget) but give enough information so you all get a good sense of the numbers.

Before we get into specifics, let’s review a discussion I had with some readers.

One asked me what took me so long to retire and I replied:

I took so long because I was a glutton for punishment!

Seriously, I always thought retirement would be at:

After doing the math, I found that $80k per year was enough and I was already generating that! So that’s when the light bulb went off!!!

Another reader then asked:

To which I responded:

But retiring with your assets able to create enough income for you to live on (without spending any of the assets) is a function of:

1. Amount you have saved
2. The return rate you get to produce income

Of course you have to deal with what assets you have access to if you’re below 59 1/2 and have a good amount in retirement funds, which is an issue for me.

I wanted to include this discussion because it really does get to the heart of the matter.

People with all sorts of combinations of net worths, incomes, and expenses can retire as long as the numbers above add up.

I could do a gazillion combinations for you to demonstrate the principle but I think you all likely get the idea.

My Plans Limited My Thinking

Along these lines, I had always thought that I needed $4 million and $100k to retire. Since I was short of both of those goals, I couldn’t retire.

So why those numbers? Because they were nice, round figures, they seemed like way more than enough, and I’m a classic over-achiever. That’s it honestly. I wish I had a much better thought out answer, but I don’t.

In essence they were really arbitrary numbers that I picked out of thin air.

But as my job situation intensified, I began to question whether they were valid or not. Once I broke through the mental barrier that meeting those numbers was not a prerequisite to retire, I was free to question just what the right numbers were.

I started by developing a general, 30-year budget, a simple estimate of expenses and income. This showed that I likely had enough to cover expenses on the income I was earning.

But even if I had to draw down my assets, the amount needed each year would be so minimal that the assets would last for decades after my death.

I then went deeper and more specific.

I developed a line-by-line budget, by month, for the rest of 2016 and all of 2017. I have 20 years of expense information in Quicken plus a pretty good handle on what we do (and can) spend on various items, so this was rather easy. And for a numbers geek like me it was fun too! 🙂

I had to make several assumptions, of course, but I knew what I had was directionally correct. It also identified areas where I might be able to decrease expenses or increase income to improve on an already good position.

The budget was based on cash flow. I began with cash positions. Then each month I added income, subtracted expenses, and was left with a month-ending cash balance that carried over and started the next month.

Note that this did NOT include spending any of my retirement investments or even my brokerage funds, which are the bulk of my assets.

So here’s how we netted out:

Many of you are likely interested on the income breakdowns. Here are the specifics for 2017:

A few thoughts on all this information:

So that’s it for now. We’ve set the budget and we’ll see how it plays out over the next year and few months.

I’ll do regular updates to let you know how things turn out.