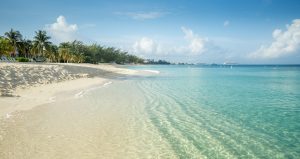 After we canceled our cruise, we began looking for Caribbean islands to visit.

I still hadn’t given up my desire to go to the Caribbean in early 2018, though I was wondering what our options might be since we were starting to look in mid-October. I was thinking we might have slim pickings by scheduling at the “last minute”.

As I said in the initial post, we wanted to consider islands that had not been impacted by the hurricanes. Not that we didn’t love many of the islands that were hit, but we just weren’t sure they would be fully ready for visitors — we needed to go in January before my daughter went back to college.

Also to set the scene, there were six of us going — the four in my family plus my parents. Just wanted to clear as that has an impact on what we ultimately decided to do.

My wife and I discussed options and narrowed the possibilities down to three islands:

Once we decided on these, it was agreed that my wife would do some initial research, see what our options (hotel, flights, etc) were, and we’d decide from there.

Soon after we made those plans, I went to my college homecoming for a week (stopping to see my parents along the way). When I got home, my wife had done the most research on Grand Cayman. It just seemed to stand out from the other three. So we decided to focus on it and see if we could make it work.

Where to Stay on Grand Cayman

After we checked flights to be sure we could get there relatively inexpensively and without a two-day schedule (many of the flights from Colorado to the Caribbean require overnight travel), we needed to look for places to stay.

The first option would mean we’d have easy access to places to eat, activities, and the like. We could walk to them with little effort. It also meant we’d likely be somewhere on Seven Mile Beach.

The latter would meant it would be quieter, but if we wanted any action we would need to arrange transportation there (which could increase both the cost and the hassle-factor).

As we debated pros and cons of each we also ran into another factor that was impacted by location — whether we wanted to stay in a hotel or a house/condo.

There were mostly hotels in the “heart of the action” while we could choose a larger place if we went out a bit.

By the time we were looking (late) at hotels in the heart of the action, we had limited options. We had two main choices: 1) a high-end hotel that would be pricey but do-able or 2) more modest, affordable hotel.

We knew we wanted enough room to make us comfortable. Four of us in a hotel room with two beds was not going to work — it was simply too crowded.

So our choice was to buy a suite, which even in a “more affordable”, nicer hotel costs a fortune.

Option #2 looked promising though. We found the Comfort Suites.

I know, that was my first reaction too: “I’m not spending my nice vacation in a Comfort Suites!”

But my wife assured me it was nice (4.5 star rating on Trip Advisor), so I considered it.

They had some amenities that were actually pretty good, so we kept them in the hunt. More on this later.

As for the “off the beaten path” option, we found what we thought was a decent compromise: the Windsong Villas where we could all stay (including my parents) and that was at the very end of Seven Mile Beach. So it wasn’t in the heart of the action but was relatively close. It also had some stores and restaurants close and the transportation from there to the action seemed easy.

The condo (there were four units in one building) had very high ratings on Homeaway/VRBO, so it seemed like a great option.

What Did My Parents Want to Do?

All along we had kept my parents in the loop and asked them for input. They were open to any island, but once we got to hotel rooms, we wanted to give them specifics since the decision was going to impact their costs.

For our cruise, we agreed that we would pay for all of the room except for $2,000, which they would pay. This meant we would be out about $8k for the room and they would make up the other $2k. (remember, we had an upgraded two-room, two-bath suite on the ship — that’s why it was so pricey).

So here are the options we presented to them…

My parents liked either option that would keep their lodging cost to $2,000 (they had points, so their flights were free).

BTW, this entire discussion was later moot when we decided to pay for the entire condo as a Christmas present to my parents, but we didn’t decide on that until into December.

Hotel or Condo? The Pros and Cons

So it was down to option #2 at the Comfort Suites or the Windsong Villas.

We broke down the pros and cons of each to make a decision.

The main pros and cons of the Comfort Inn were:

The main pros and cons of a Windsong Villa were:

After a bit of back and forth trying to decide which one was better, we went with the Windsong Villas. The deciding factor was that it gave us room (patio, living room, etc.) to sit and visit with each other which was why we were going together.

Then, of course, we had the whole other process of deciding which villa to go with. That was a process in and of itself, so I’ll save you the debate and just tell you that we decided on Villa #2.

Flights were next. We booked a few days later for roughly $500 a flight. (BTW, the flight costs for the three islands we considered were all in the same neighborhood.)

We booked everything with our Costco Visa which gave us 3% cash back and travel insurance.

And since I’m a finance nerd and this blog is about money, here’s how our expenses compared versus the cruise.

Now to be fair, the cruise was 12 days while the Grand Cayman trip was 9 days, though there were only 10 ship days (the other two were in San Juan).

So the cost comparison is that the cruise was 18% more expensive on a cost per day basis, but 57% more on total cost (almost $5k).

If we had stayed more days on the island, the cost per day would have dropped as the flight costs would have been spread out over more days. But that’s getting a bit geeky even for me.

Plus, these were ESTIMATED costs. We knew the cruise ship costs were close since we’ve been on three cruises previously. But were the island costs accurate?

Stay tuned for that and more. Over the next couple of weeks I’ll share with you all the details of the trip, some great pictures, and a total cost breakdown.

Update: To see details on our trip, check out Grand Cayman Trip and Tips Part 1.