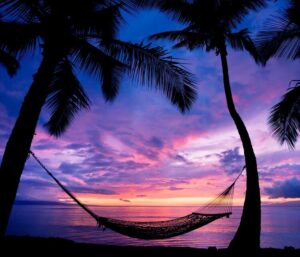 , there are about a gazillion more pieces of wisdom I could share from it.

We’ve already covered so much (and there’s much more left in the book) but what follows are eight pieces of learning that didn’t fit well into my other posts. And yet I had to share them, so here we are.

And in addition to sharing, I have to leave my comments as well. I can’t let something slip by without adding my two cents. Ha!

With that said, here we go…

The book lists five action steps to an early retirement as follows:

1. Keep your primary mortgage payments (as a percentage of your income) well below the conventional “25 to 30 percent of your monthly income.”
2. Pay off your mortgage early.
3. Live on one of two incomes.
4. Forget about saving 10 percent a year. (save at least 20 percent of your annual income)
5. Start thinking about your future income.

Learn from Those Who Have Done It

They say it’s never a good idea to compare yourself to others, but I disagree. If you see someone standing where you want to be standing, study that person! Figure out how he or she got there and what you need to do or change to arrive at the same place.

This is the heart of much of this site:

What are the biggest reasons people can’t retire? Here’s what the book says:

The biggest pitfall of retirement planning is hands down the failure to save money.

Suffering under a big mortgage is another common pitfall.

So you can overcome the pitfalls of not learning secrets 1, 3, 4, 5, early on in life. But not having saved enough money (secret #2) is a deep one that’s hard to climb out of.

Saving is an issue that many struggle with, especially early on. Even millionaires often mention they had trouble saving when they first started out. That said, they usually corrected the issue relatively early so they weren’t killed by it.

Here’s one that readers of this blog will love:

Another pitfall you should put on your radar is the potential of being charged fees for your investment decisions. Avoid costs that can ding your bottom line.

Most investors pay fees on fees, which can end up taking away 5 to 30 percent of their return per year. It’s a slow, extremely leaky bucket phenomenon. Don’t let it happen to you.

I think as index fund investors many of us are completely aware of fees, especially since there doesn’t seem to be any correlation between higher fees and better advice/performance.

Divorce is a Killer

Here’s the book’s take on divorce:

Another pitfall is divorce. Barring unequal circumstances, staying married will definitely save you money.

The economics of divorce are pretty simple. You divide your assets in half each time you go through it. So if you get divorced four times, even if you started with $20 million, you’re going to be down to $1.25 million by the end.

Divorce economics—getting your net worth cut in half—is brutal. There’s a reason more millionaires in The Millionaire Next Door

are still married and have never been divorced. It’s also reflected in my happiness study: simply put, it’s easier to be a happy retiree if you are married. The numbers don’t lie.

Of course people can’t always help if they get divorced or not, but for those on the bubble, economics says you might want to try to make your marriage work.

That said, you might be married to a spendthrift who is an anchor on your finances. If that’s the case and your net worth is relatively low, then divorce could be a financial windfall.

Illiquidity is a Killer

Here’s one that reminds me of some ideas the financial planners we met with proposed:

Another big mistake a lot of investors make is having investments that, by nature of the product that they are sold by an insurance salesperson, stockholder, or financial planner, don’t allow them access to their money in the event that they need it.

I’ve seen people really get burned in investments where there’s a lack of liquidity. An illiquid investment can be a recipe for disaster. I’ll be frank: it’s one of the reason I’m not a big fan of annuities.

This is something I dislike as well — not being able to get to my money. Anyone else have this issue?

The author continues the point above and lists several reasons he dislikes annuities. Here are the highlights:

Annuities often come with brutal fees and commissions—the annual expenses average 3 to 3.5 percent. Sales commissions from the original sale the annuity can range from 4 to 8 percent: a significant incentive for those selling annuities.

Be wary of annuities that promise things like “guaranteed 5 percent income.”

Annuities with long surrender periods and/or high annual fees lock up your money and then slowly pay it back to you.

I have never been a fan of annuities (because of the costs and the fact that you turn over a big chunk of your money). I suppose I think I can manage the money better than an insurance company, so why should I turn it over?

That said, surely there are people who need lots of help and a source of stable income. Even with high fees, are annuities right for them? I suspect for some the answer is “yes.”

Anyone out there like/use annuities?

The Poor State of Retirement Preparation

We’re going to end with a hobby of mine — collecting sad facts about the state of retirement preparedness in America.

Here’s what the book shares:

The ones who have saved haven’t saved enough. Fifty-seven percent of workers report that they and/or their spouse have less than $25,000 in total saving and investments (excluding their home and defined benefit plans). And 28 percent have less than $1,000 (up from 20 percent in 2009).

Many seniors are poor. One out of every six elderly Americans is already living below the federal poverty line.

Men and women are working longer. A record 33 percent of Americans now plan on working past the age of 70–which makes sense, when you consider they don’t have money saved to retire.

The cost of healthcare is formidable. Fifty-one percent of Americans doubt they can pay for medical expenses in retirement.

Ugh. I’m constantly disappointed but never surprised by numbers like these. Years of reading and writing about finances has left me jaded about stuff like this.

It’s an interesting issue to solve though. Americans are fiercely independent and “don’t want to be told what to do” (we have our freedom after all!)

And yet unless someone tells them what to do, they generally make a mess of their finances.

It’s a tough situation to resolve…

That’s the end of my coverage on this book. As you can tell, I really enjoyed it and recommend it without reservation for anyone thinking of retiring.

Anyone read it yet? What are your thoughts?