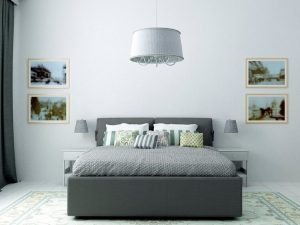 As I write this post, I’m back from a trip to Washington, DC with my wife and son.

We spent three days in DC, then drove to Virginia for a visit with my daughter (who graduates in December!)

In that time we toured the White House, saw the Air and Space Museum, visited the National Zoo, ate at Pi Pizza with some blogging friends, toured the Capitol, visited Appomattox (where we learned the difference between “Court House” and “Courthouse”), toured Montpelier, and drove a gazillion miles around the entire state of Virginia.

It was a busy six days — exhausting but very fun as well.

In addition to all of this we made time for the Hilton timeshare presentation that I’ve written about in Our Latest Timeshare Adventure as well as Dear Hilton Hotels, This 15-Year Customer is Done with You.

Since I had talked about the plans on the site I thought it was only appropriate that I share how the experience went.

As noted in the first post above, we paid a fee and were allowed to stay in a Hilton Hotel at a discounted rate. We agreed to listen to their timeshare presentation as well (plus we got some points).

We only had a couple choices in the DC area, and we picked The Madison.

It was a swanky hotel and I’m sure quite expensive (the site lists nightly costs as $250 to $300 or so — what we paid, but we got three nights instead of one), but I wouldn’t say it was anything special. It wasn’t really that much different in room quality from a lower-end Hilton hotel IMO. That said, it was in DC, so that alone was why it was so pricey.

Our timeshare meeting was officially with Hilton Grand Vacations and was held at the Embassy Suites in DC.

They had a location that looked similar to an airline lounge at an airport (in both appearance and size). It was in the back of the Embassy Suites on the ground floor.

We walked in the offices, were greeted, gave our info, and sat down to wait (we arrived a bit early). My wife had time for a muffin before we met our sales person.

He was a very nice young man and greeted us warmly. He then led us back to his desk and we began to chat.

I started the meeting by noting we had been promised that the presentation would last no longer than two hours. I told him I was setting my phone’s timer just to keep us on track (which I did at his desk for us all to see). He was fine with this idea and reiterated that two hours would be enough time.

I’m sure none of you wants to read the blow-by-blow of what happened, so I’ll simply hit the highlights:

At this point we were about 90 minutes into our time together.

During the presentation I had kept an open mind (as much as I could — the fact that they hid the price from me until well into our time together was a sure sign that I would likely not consider it a “deal”). If they had wowed me, who knows what would have happened?

But the presentation, the cost, and the unit itself added up to one big, fat “no”.

Knowing they had answers for almost any objection I would raise, I locked on to one I knew they had no answer for: the required deed for partial ownership.

I told them that I owned all my real estate free and clear. It was 100% mine and it was my policy to own all property in this way (which it is).

I told them I did not want partial ownership as I then was paying money for something over which I had no control.

They tried to convince me that I did have control, but their effort was half-hearted. It was clear to everyone that what I was saying was both true and made sense.

We chatted back and forth a bit (there was no hard sell and nothing tense about our conversation — much different than what I expected) and we all got to a “no” pretty quickly.

So Far, So Good

I must say that up to this point, the conversation was very cordial.

They presented, we listened, we chatted, and when we said “no”, they pretty much accepted it.

I had expected them to put us under hot lights and pull out our finger nails, but nothing like that happened.

Overall, I would say the presentation was much better than what I had imagined it would be going in.

I was starting to think better of Hilton as the time went on.

Then it went sideways a bit…

Once the two guys saw that we weren’t going to buy they said they wanted a customer service person to come in to rate our experience.

I was a bit suspicious as I know how companies are — they go for the sale multiple times.

When the gentleman came in and started asking us to rate various parts of the presentation on a scale of 1 to 5, I castigated myself for being so skeptical.

Then the conversation started to turn.

Our guy stopped asking us questions and stated we “clearly did not understand the program”. Not a great way to start a presentation — to insult us.

He then proceeded to tell us a series of facts about the program that we already knew — things we had learned in the proceeding presentation.

As part of his spiel he said that since 85% of people presented the program did not buy, he had a deal for us.

He started outlining his offer, again going through details we knew (where they had properties, how the program worked, etc.)

I was getting frustrated at this point since he was simply reiterating what we knew. If he had new information I was there to hear that, but I didn’t need a re-hashing of what we’d just heard.

Instead of letting him go on, I said, “Hey, Jim (not his real name), we’ve already heard this. Also, we were told that this presentation would be over in two hours.”

I then got out my phone and showed him the timer. It was at 1:57. I said, “You have three minutes to tell us whatever you want but we’re done after that.”

He got upset at this point and said, “You don’t even know what I was going to say. This meeting is over.”

He stood up and walked us to the front desk, not even saying goodbye as we got there (he simply walked on while we stopped to “check out”).

We received our $200 credit voucher for a stay at a Hilton property (in the next six months) and left.

Here are some general impressions from our two hours with Hilton Grand Vacations:

So, what do you think about it? Any questions?

I’d especially like to hear from people who own one of these places (or a similar one).

Why did you buy it? And what do you think of it after you’ve had it a while?