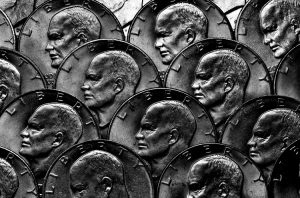 In both Why Another Financial Website? and How to Measure and Track Your Wealth I mentioned how the financial media often doesn’t understand financial principles (which is evident because of the terminology they use) and thus give out incorrect information.

Well, they do many Americans a similar disservice when they focus on return rate to the exclusion of other investing factors which, as it turns out, are both more important and more within our control.

But I’m getting ahead of myself a bit. Let’s start from the beginning so that we’re all on the same page.

As I said in Invest Overview: Fueling Your Net Worth, there are three basic variables that impact the total return your investments generate. They are:

All of these are important, but which is MOST important? I developed a quick spreadsheet, ran some scenarios, and wanted to offer my findings to you. (But before I do, anyone want to guess which one has the biggest impact on the outcome?)

To begin this process, I had to make assumptions about a person’s saving/investing to get a baseline investment return. Here’s what I assumed our mythical person did with his investments:

Next I started tweaking the variables one at a time, leaving the others the same, to see what the impact would be. I tried to pick increases that I felt were comparable. In other words, I assumed that it was just as easy (or difficult if you prefer to look at it that way) to save $1,000 extra per year as it was to earn an additional 1% per year as it was to save for five extra years. I’ll comment on how valid those assumptions are in a minute, but for now here are the results:

Consider the results when looked at as follows:

Quite interesting, wouldn’t you say?

Now it would be easy to declare time the winner, rate second, and amount third, but a few other things have to be taken into account:

Now, on a personal note, here’s what I’m doing to make these three factors as high as possible:

I realize that much of the information here is not new news to seasoned investors. But for those just starting out (especially new grads that have a chance to save for 35 years) or those unfamiliar with how investing works, I thought this information would be insightful.

Now back to the mainstream media. How many articles or broadcasts have you seen on how time is the most important factor in determining the performance of your investments? If you’re like me, the answer is probably zero (or very close to it.)

On the other hand, how many articles or broadcasts have you seen on “the seven hottest stocks this year”, “the best mutual funds now”, “how to earn a better return” or something similar? Probably more than you can count. The financial media seem to eat these up (I’m guessing that it’s because this is what “sells” and because it’s sexier than the truth — in addition to the fact that many likely don’t understand the facts that time and amount invested are so important.)

But they are not acting in the best interest of the American investor. Why? Because they: 1) focus on the least important factor and treat it like it’s the most important, 2) imply (or state outright) that the average American investor can get above average investment returns when the truth is that they can’t, and 3) encourage selling of old investments to buy the new “hot” investments (in hopes of a better return) which is actually one of the worst moves investors can make.

So instead of listening to them, simply save as much as you can for as long as you can. Invest in low cost index funds to ensure you’ll get a decent return. Then “set it and forget it.”