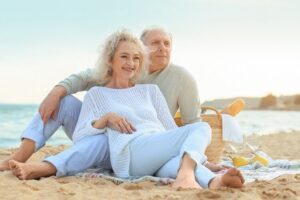 Today we conclude our coverage of the great retirement book What Retirees Want. It is packed full of great information and statistics about the state of retirement today.

Today we wrap up coverage of this book with a hodge podge of retirement topics I thought you’d be interested in.

Many retirement books cover the issue of paying for health care costs in retirement — this one is no different. But it does separate itself from others in that they have data that compliments their findings.

FWIW, they lump long-term care in with health care costs, so we’ll include them both here as well.

Health care cost is many retirees’ greatest financial worry for good reason – the costs are high, increasing, and uncertain. Most retirees are willing to spend what they can afford to regain or maintain their health. But for those of modest means, sudden and unanticipated health care expenses can be financially disastrous. This concern is ubiquitous.

Fidelity Investments estimates that a 65 year old couple retiring in 2019 can expect to spend $285,000 out-of-pocket in health care and medical expenses in retirement. That’s more than the average home equity and more than the median household net worth of Americans 65 and older. And that estimate does not include long-term care.

Only 37% of Americans anticipate that they may need long-term care at some point, when informed estimates put it at about double that (70%). In 2018 the average annual long-term care costs in the United States were $45,800 for a home health aide for 40 hours/week, and $89,300 for a semi-private nursing home room. Total out-of-pocket expenditures were $9.6 billion on home health care and $46.1 billion on nursing home and continuing care facilities. The average lifetime costs for an individual’s paid long term support services is $266,000, more than half of it not covered by insurance and thus out-of-pocket. Aggregate national spending on home health care is expected to nearly double in the next 10 years.

Anticipation and preparation should start well before retirement, yet health care is often a missing link in retirement planning. Only 15% of pre-retirees say they have ever attempted to estimate their health care and long term care expenses in retirement.

Nearly all would welcome guidance on Medicare and supplemental plans, long-term care, other insurance and funding options, and how much money they may need for health care. However, as with financial advice generally, few say they have a trusted source for answers on financing health care.

Lots of thoughts on this:

And if major health costs aren’t enough of a depressing topic, let’s move on to this…

The book now covers estate planning with the following thoughts:

There’s one more financial matter to attend to in retirement – keeping one’s formal “affairs in order.” Retirees care very much about the legacies they leave. They want to remain in control in their final years, including in control of their late-in-life health care. And they want to enrich rather than burden the lives of their loved ones and heirs.

So they need three essentials: a will or trust to control distribution of assets not already covered by beneficiary arrangements, a durable power of attorney to make financial decisions if one is incapacitated, and health directives specifying treatment preferences and who can make medical decisions if one is incapacitated. In addition, their key documents (including insurance policies, real estate titles, family medical history, and account passwords) need to be organized and secure but accessible.

Unfortunately, the overwhelming majority of older Americans cannot claim to have their affairs in order. Only 55% of those age 55+ have a will, and only 18% have the trifecta of a will, power of attorney, and health directive. One-fourth of those age 75+ still lack a will, and an estimated 23% of wills in force are out of date. Best prepared are widows, who have learned from the experiences of dealing with their deceased spouses’ end-of-life and legacy matters.

Here are the actual stats:

On a related note but actually in a different chapter, the book covers leaving an inheritance to children.

Here are their thoughts:

It’s a good thing to do, but is it a parent’s duty to leave their children a financial inheritance? Only a little more than a third of Boomers think so, but 44% of GenXers and 55% of Millennials do. More fathers (39%) than mothers (30%) feel obliged to leave their children financial inheritances, and Latinos (49%), Asians (45%), and African Americans (38%) feel far more obligated than Caucasians (30%) do. Feeling obliged or not, nearly six in ten Americans say they do plan to leave inheritances to their heirs.

Probably the biggest continuing shift in attitude and preference is that two-thirds of Americans now favor “giving while living,” dispensing some of their assets to heirs while they’re still alive. Assuming that’s a responsible decision in terms of retirees’ own financial status, that provides the opportunity to control the distribution and see how the assets are put to use and benefit the heirs. It can also provide financial support to heirs when they most need it, for example, in raising children or covering college costs. Women, and thus many widows, ten to be more interested in giving while living than men are. As Chuck Feeney, founder of Atlantic Philanthropies, puts it, “If you give while living, the money goes to work quickly – everyone gets to see and feel good about the action and the results.”

Two more topics and this book is a wrap!

Here’s one I found to be really interesting…

The book now addresses something I’ve known for quite a long time:

Studies repeatedly show that women are considerably more generous than men, including during retirement. They donate more and volunteer more, and because they outlive men by an average of six years, they more often control bequests and inheritances. And generosity is a bigger part of their identities in retirement. Women are more likely than men to define success by their generosity (versus their wealth), to say they get happiness from helping people in need (versus spending on themselves), and to agree that retirement is the best time in life to give back.

Women retirees are also more likely than men to make charitable donations (81% vs 71%) and volunteer (29% vs 22%). And they have stronger – and we might say purer – motives in giving. They more often give out of gratitude, faith, or passion. Men are more likely to say they give out of obligation or pride. Very significantly, women retirees increasingly control decisions around giving. And single older women hold the power of numbers. For every 100 men over age 65, there are 121 women. Among Americans age 85 or older, there are almost twice as many women as men. With women being three times more likely than men to be widowed in later life, they therefore often decide how and where to pass on money and assets – both to family and to charitable causes. Among people age 55+, single women, including those who are widowed, divorced, or never married, already contribute nearly half (49%) of all charitable bequests.

I was the volunteer president of a non-profit for seven years when we lived in Michigan and I saw all of these facts play out over time.

And even in our family, my wife is much more generous than I am. In fact, if I pass before she does, I worry that she’ll give so much away that she’ll put herself in a tough financial spot. Hopefully we’ve discussed it enough that she won’t do that (this is one major reason that I’m probably going to opt for taking Social Security at 70 — at least she’ll have that income if she gives the rest away. lol.)

The Definition of Retirement

As the book comes to a close, it leaves us with some general, parting thoughts.

Here’s one I liked:

Clearly we believe the word “retirement “ is reaching the end of its line. It’s far too small and narrow for what is now emerging. Its positive connotations – freedom, leisure – tell only part of the story. Its negative connotations – withdrawal, decline – are increasingly problematic. The words “retirement” and “retiree” will most likely linger for another decade or so, but their meanings will evolve as the lifescape of retirement keeps expanding, disaggregating, and diversifying.

We believe it’s time to re-identify the “Lifestage Formerly Known as Retirement” to mean something far bigger and worthy of a new name.

My take on this:

Anyone want to suggest the new name for retirement? I’d love to hear some suggestions!

Well, that wraps it up for this book.

I have covered it in much more depth than I have other books because it had so many great insights backed up by data. Most books are long on opinion and short on facts, but this one is long on both.

And, of course, there’s much, much more to the book than what I could share. So if any of the posts have interested you, pick up your own copy then come back here and tell me what you think of it.

There might be some readers who have already read the book. If so, I’d love to hear your opinions of it in the comments below.