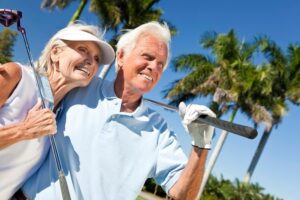 With this post we move into chapter 4 which is simply titled “Curiosity Habits”.

The author’s premise is that the most curious retirees (those willing to try new, exciting activities — which allows them to find great ways to fill their time) are the happiest retirees.

The key to this is creating enough core pursuits — activities that the author calls “hobbies on steroids”. More on this in a minute.

Some of my core pursuits include pickleball, blogging, exercising, and reading. They fill my days with fun, interest, and excitement.

The section starts with this warning…that core pursuits need to be developed before you retire:

Unfortunately, I’ve seen this story play out before. A lot of 60-year-old guys tell me, “I’m too busy for core pursuits. I can’t possibly travel for fun. Once I’m retired, it’ll be different.” But all too often, once retirement comes, the “it’ll be different” never quite bears fruit.

Core pursuits need to be developed and cultivated in advance. Plant the seeds of curiosity before you retire, so you can water them after.

I don’t mind repeating the same thing over and over as people need to hear concepts again and again for them to sink in. Plus, someone new is reading this post who has never heard what I am about to say…

If you want to have a great retirement, you need to plan for it IN ADVANCE.

This means both the financial side (how you will afford retirement) as well as the life side (what you will do with your time).

If you leave either of these until after you retire, you are rolling the dice on a multi-million dollar, several decade decision. This is not a wise thing to do.

Could it work out? Sure, it could. But it also might not. Do you want to risk your golden years on a flip of a coin? I don’t think so.

We’ll get more into detail on core pursuits in a moment. For now, let’s see what the book says about them and the happiest retirees…

Here are three findings the book shares about the main activities of happy retirees:

We’ll get deeper into volunteering in a bit.

Now that we’ve gotten the overview, the book dives deeper into core pursuits with the following:

Core pursuits are the building blocks for happiness during your post-career years. They’re like hobbies, but bigger. In other words: they’re your hobbies on steroids.

As a quick refresher, the difference between a hobby and a core pursuit can be explained this way: A hobby is reading an article from American Fencing Magazine every once in a while and talking a one-day fencing class at a nearby university. A core pursuit is joining a local fencing team and starting a weekly podcast called En Garde that charts the career of Hall of Fame Olympic fencing coach Maitre Michel Alaux in his quest to approach the sport as both an art and a science.

Our survey findings show that HROBs have 3.6 core pursuits, whereas UROBs have 1.9.

Some people believe working was the hard part, and all they have to do for a happy retirement is kick back and not lift a finger. This, my friends, is simply not the case. You have to know what you want to do during your retirement years before you can enjoy doing it. Sleeping in and sitting on the porch are nice perks, but a happy and fulfilling retirement they do not make.

That’s why you need core pursuits. And they’re not just for current retirees, by the way. They’re for people in their thirties, forties, and fifties as well. I’ll say this all day long: I believe it’s critical to find your core pursuits before retirement. The sooner you develop them, the better. In addition to upping your happiness quotient once you reach your golden years, they’ll help you save and invest better because you have a purpose for your money.

Most of the core pursuits fell into four categories. There was part-time work, like teaching, consulting, and decorating. Then there was exercise and health activities that included hiking, biking, swimming, walking, and cooking. The arts were a big one, with painting, pottery, and music topping the list. And then there was adventure, such as travel, cruising, RVing, piloting and sailing.

Before we move on, let’s end with this thought on core pursuits:

Core pursuits don’t just happen–they must be cultivated, strengthened, and expanded over time. Again, just like saving money, positive gains don’t come overnight. But the sooner you start, the happier you’ll be.

The Benefits of Volunteering

The book spends a good number of pages on the top core pursuit of volunteering.

Here are some of their thoughts:

Volunteering is win-win, because it’s good for other people and good for you. Think of all those who’ve adopted a rescue animal. Once Sparky is trotting around the house, begging for walks and bones, rare is the HROB who says, “I saved Sparky,.” More often, they say, “Sparky saved me.”

Don’t take my word for it. A 2019 independent report by the Corporation for National and Community Service, a federal agency responsible for the nation’s volunteer and service efforts, stated that: “Senior Corps volunteers report much higher self-rated health scores, which is considered a valid marker of actual health, compared to older adults in similar circumstances who do not volunteer. They also reported feeling significantly less depressed and isolated compared to non-volunteers. ” Senior Corps is a United States government agency with the mission of providing aid to senior citizens in communities while promoting a sense of community.

Check out these amazing statistics from AmeriCorps:

Volunteering is good for your health. Full stop. I encourage every retiree and pre-retiree I work with to volunteer for a cause they believe in.

To get some ideas flowing on how you might want to volunteer, the book shares these ten ideas for how people can lend a hand in retirement:

How about you? Anyone out there volunteering in retirement (or while working) like these ESI Money readers? What are you doing?

That’s it for today. For the next post in this series, see What the Happiest Retirees Know: Family, Love, and Faith Habits.