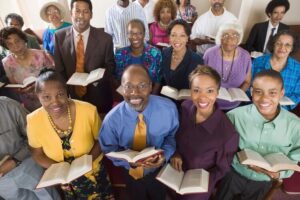 If you’ve missed any posts in this series, there are two ways to catch up. You can begin with the first post, which is an introduction to the book, and click through to the next posts at the end of each one you read. Or you can check out my retirement category and scroll through the posts there.
Note, in this book the author frequently uses HROBs for “Happiest Retirees on the Block” and UROBs for “Unhappiest Retirees on the Block.” So if you see these acronyms below, you’ll now know what they mean. 😉

We start today with what the book calls “the habit at the heart of this chapter (5)” as follows:

Personally, I believe this is the biggest retirement problem no one talks about: when kids are still on the payroll. It happens when retirees are still bankrolling the financial immaturity of kids in their twenties, thirties, or forties — and it happens far more often than you’d think.

We’ll get into this in detail as this chapter progresses.

For now, here are the five family habits of the happiest retirees:

And then the book wraps all these up with this:

If I could boil them down to one essential piece of wisdom, it would be this: when it comes to family, the key is finding the balance between connection and freedom.

Spoiler alert: the big lesson of this chapter isn’t much of a secret. The goal is to raise a close-knit but independent family.

Those are what the book calls “family” habits.

Next we move to the “love” habits — those related to marriage…

Love Habits of the Happiest Retirees

The book summarizes the love habits of the happiest retirees as follows:

Next we move to one of those “tough” topics you can’t discuss…no, not politics but the other one…

Faith Habits of the Happiest Retirees

The book now moves to the faith habits of the happiest retirees and begins with this “disclaimer”:

As your favorite research guy, let me reassure you that there’s no data on which religion produces the happiest retirees. But I will say there seems to be a connection between having faith, giving back, and being happy.

Then it shares the following three findings regarding faith habits of the HROBs:

There are a few more quotes from the book worth sharing in this post, starting with this one:

Here’s some juicy insider info: my pastor told me most people who say they go to church every week actually average something closer to 1.7 times per month. A pastor who deals in uneven numbers? That’s a man after my own heart.

Hahaha. It’s true. Most people give themselves far more credit than what happens in reality. And not just when they estimate church attendance — in almost everything.

It’s increasingly rare for me to meet an HROB who doesn’t have any sort of involvement with a faith-based community.

Wow. That’s pretty compelling. Something to think about if you aren’t involved.

Next, the author says the following about giving:

I want to touch on one of the most common ways of giving, which is to invest monetarily in the causes you hold dear. It can be easy to get caught up in our busy lives and neglect to donate to worthy causes. This is one thing I like about going to church: the weekly reminders to tithe. But you certainly don’t need to be passed the collection basket to give.

I’ve found it even easier to put my giving through some sort of charitable donor-advised fund (DAF).

We give the majority of our funds through a donor-advised fund as well. We even give our gifts to the church through it.

We do give some cash donations as we have a couple charities that have enterprise zone credits available but those can only be claimed with a direct, cash donation, not through a DAF.

Finally, the author ends chapter 7 with the following:

If you’re not currently a member of a faith-based community, and after reading this chapter, you are open to the idea, my advice is to start with baby steps. Finding the right place of worship is like any other worthwhile endeavor — it requires effort. The church down the street from you might not be right, but perhaps the one 10 miles away is. Go where you feel the most welcome and where the people around you have similar beliefs and values. If America’s happiest retirees are any indication, you’ll be glad you did.

There have been several times in my life where I’ve moved to a new city and wanted to find a church. So I pulled out the Yellow Pages (in the old days) or went to the web and created a list. I also asked friends and co-workers for suggestions.

Then I simply went to their services and tried them out.

It’s the same process we used when buying a house in a new city. I was usually there first, so I’d look at a gazillion homes (like 50 here in Colorado) and narrow it down to the ones I thought were best (like the top four). My wife would then come in, see those four, and pick the one she liked best. This is exactly what happened here in our move to Colorado and she selected the house I had down as #3 or #4 (though in hindsight it’s turned out to be pretty great).

When we moved to Oklahoma, I lived there a few months before we sold our Michigan house and the family joined me. I identified four churches I thought worked well and again my wife picked #4 on the list. And again, it worked out well. 😉

For the next post in this series, see What the Happiest Retirees Know: Social and Health Habits.