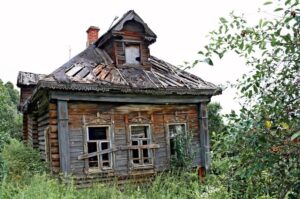 Last time I wrote about my real estate investments I said I had sold two of my three properties.

In that post I gave reasons for why I did so. These include 1) I have won the game and wanted to stop playing it and 2) I want less time and more simplicity in my life. I suggest you read that post if you want more of the “whys” behind why I have sold.

I will review some additional reasons (and expand on others) in this post but for the most part I’ll let that piece serve as the background. In other words, if you ask a question that’s covered in that post, I won’t respond to it. 🙂

This post is about my last property sale, a few more background thoughts and details, a bit more on what I’m doing now, and a general reflection on my days as a direct owner of real estate investments.

First In, Last Out

The sales of my properties went in reverse order from the purchase.

It’s also interesting in that we thought property 1 would be the first to go as it had the best option for an owner-operator to live in it.

Here’s how I described the property in Financial Details of My Real Estate Investments:

Two buildings on a single piece of land (0.7 acres) in the northern part of our city (about 25 minutes from my house).

The first (main) house was built in 1920, had four bedrooms (2,028 square feet), one bathroom, central air, and reminded me of something my grandma would have grown up in. The inside showed lots of promise — great wood floors and nice architectural touches — but the outside looked like the Adams family would be afraid to live there (siding was terrible, windows were terrible, vines had grown up all over the front and side, etc.)

The second building was in the back part of the lot. It was built in 1953, had two bedrooms (768 square feet upstairs), and one bathroom. It didn’t have the character of building 1, but it did have a garage (very nice benefit). It also had a second garage stall below the apartment which had been converted into a room (kind of — they didn’t seal the opening very well so it was a storage room at best.) We eventually made it into a bedroom.

Someone could have purchased the property, moved into one of the homes, and rented the other home out for enough to cover the mortgage on both places. In short, this property was a GREAT house hack. I wish I would have done something like this when I was starting out — it’s a no-brainer IMO.

That said, the property did come with some challenges. For instance…

So, given these, property 1 was much harder to sell than we thought it would be.

Eventually we did find a buyer and reached an agreement. More on that in a moment.

As I noted in Why and How I Sold Most of My Rental Properties, dealing with my management company was one of the reasons I wanted to get rid of my real estate. And this property was a prime example of it.

Let me count the ways in which they aggravated me.

I just found this out, but it was a ticking time bomb. As we have put my places up for sale, we’ve discovered some potentially significant issues that would result in costly repairs in the next few years. But if action was taken now, many if not all of these repairs and costs could be avoided. I haven’t heard one peep from my management company on these, which is obviously an issue. I think the problem is that they are simply more reactive than proactive which doesn’t surprise me given the personnel they have.

With every place I’ve sold, we’ve discovered potentially HUGE expenses that were to be realized in 2-5 years. But if they were handled now, the costs would be a fraction of the total.

But management companies (or at least the one I had — and according to my real estate mentor, Eric, this applies to almost all of them) are generally reactionary, not proactive. So once something bad happens they are more than willing to over-charge me to repair it. But they just don’t think about bringing it to my attention well in advance to save some massive costs.

And as if that wasn’t enough, here’s reason #2 they were driving me crazy:

Funny how that worked out, huh?

They have been price-gouging me for years and yet I’m at their mercy as I’m so far away.

Add these up and you get a HUGE aggravation factor that I was simply done with. Yes, done. Completely done. Absolutely done.

These nagging issues were the worst cause of stress in my otherwise pretty peaceful retirement life. So if for no other reason, eliminating this aggravation was a great reason to sell.

In addition to the reasons given in my first post about selling my properties, much of my decision was simply one to eliminate probably the riskiest things in my life.

It’s funny, in the Millionaire Money Mentors forums we had a discussion about what were the riskiest investments. We ranked and debated the rankings and it was quite interesting.

It was interesting because most of the members rated real estate syndication investing as very risky (mostly due to lack of control) and private ownership of rental real estate as not nearly as risky.

Now I’m not going to get into the debate of relative risk here (maybe in another post) but I have a couple thoughts on this:

That said, there are risks that are often unaccounted for and/or not considered in owning real estate. And I had been thinking about these for quite some time.

Here are three of the major risks that made me consider selling (and eventually got me to take the leap to sell):

Anyway, some might discount these risks, say they are “no big deal”, say they could be handled, or dismiss them in some way.

That’s fine, that is their opinion and based on the risks they are willing to take.

But these were the biggest risks in my life and gave me reason to worry. Yes, I think the chances of them happening are pretty low. But even so, if they do happen, the impact could be terrible. And I simply did not want or need anything like these in my life. Thus I made the moves to eliminate them.

Since I’ve retired I have slept very well (probably due to no stress from my job). But now I’ll sleep even better. 😉

For the record, here’s a summary of the sale financials:

FYI, this is a property I bought and refurbished for $91k total. Not bad.

The details as I noted in Financial Details of My Real Estate Investments:

The property (including both buildings) was owned by the government (Fannie Mae) and had been sold to someone who was going to live in one of the homes (these government-owned places let people who are actually going to live in the home make offers for the first 15 days and if no one does, then it’s open for anyone to buy.) But the buyer had needed financing to purchase it and the financing fell through, so it was up for grabs. The government was asking $60k for the property, and we offered asking price. Eric found out that another bid had been made. He knew the agent who listed the place and got a sense the offer was in the upper $60k’s, but needed financing. We moved up to $65k cash and the place was ours. We closed at the end of September 2012.

There were massive updates/upgrades needed. These were part of our financials from the get-go, so there were no surprises. We needed new windows, siding, flooring, paint, appliances, and on and on.

Anyway, it turned out to be another great deal overall, but was time for me to move on.

Overview of My Real Estate Investments

Some of this might make you think I’m sorry that I invested in real estate. Nothing could be further from the truth.

As I talked to my real estate mentor, Eric, after we sold the last house, I thanked him for the role he played in this endeavor (FYI, he made commissions on all the places both buying and selling, so it worked out for him too.)

I told him how much I appreciated everything he did for me in this entire process.

Investing in rental real estate was among the best things I have ever done financially (probably the only other actions I would say are better would be marrying my wife and selecting and growing my career) and may be even more impactful than my investments in index funds (I’d have to run the numbers).

But overall, it’s been a complete home run and I would do it all over again (though I would buy MORE real estate if I had the chance to do it again).

Here’s a rough summary of where the financials came out on my real estate investments:

So yeah, I think it was worth the time, effort, and investment. 🙂

So what’s next, you may ask.

As noted above, I have deployed some of the cash in real estate syndications. These are completely hands off for me which is the way I like it. I simply want to sit back and watch money hit my bank account and that’s what these do for me.

That said, I do think they are risky to a point and not (generally) for an unexperienced investor or for someone who really needs to protect the principal of their investment. I could afford to lose all the money I have invested in them and it would not impact my lifestyle in the least.

I have also diversified among syndicators, markets, and types of real estate to try and limit my risk.

I also have private loans with a friend who buys real estate, fixes it up, and raises rents to increase cash flow.

Between all of these options, I have roughly $75k in income coming in each year for which I spend ZERO time. This is more than I made on my properties (I always used 10% income as my guideline on invested monies, so I wanted to net 10% on the $600k invested) and with dramatically less time, aggravation, and personal risk involved. I like it.

As for what I’ll do with the cash, I don’t know yet — it’s still TBD. I have some options and some other things yet to explore, so we’ll see.

But you know I will let you know when I do make any major moves. 🙂

P.S. No, the picture is not of my house — it’s not nearly that bad. I just thought I’d have a bit of fun with it and that picture jumped out at me. 😉