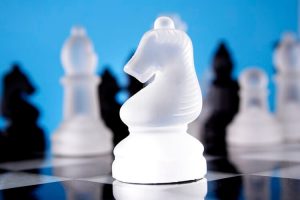 Developing a logo is a very tough process (but a vital one if you want to create a great website).

It forces you to think hard about what you want your brand to stand for and (conversely) what you don’t want it to stand for.

Then you have to take those thoughts and put them into a creative process where much of what’s “good” is highly subjective. Brutal stuff.

Thankfully for you this post will be much shorter than the process I went through deciding on a logo for ESI Money. But I will give you a little background and then tell you why I picked the logo I did.

The process started with thinking through the following:

And included knowing the basics I wanted in a logo:

The name was relatively easy. The icon and tagline were very painful to come up with.

I wasn’t in love with any of the options but “Three Simple Steps to Wealth” was the best. I decided to use it and it started to grow on me.

The icon on the other hand was a mess. I went to 99 Designs and ran a contest. I started with a three-page brief including what I wanted (for sure) as well as some preferences for many design elements. I suggested a few options for icons as well as color schemes I thought I would like.

As the designs flowed in (I had almost 700 by the time the contest was over — though many were variants of others) both icons and colors came together to make the logo you see today.

Here’s the reason I ultimately picked the winning icon:

Take all these, add an easy-to-read font and you come up with the ESI Money logo.

Once I got the final five or six options, I solicited advice from some friends, family, and my site designer. As you might imagine, they all had differing opinions. Ultimately I had to make the final decision since it was my logo and I was the one who would have to live with it.

That’s the (very) short version of how it all came together. Actual time was a couple months.

In the end, I’m happy how it turned out and I like the logo. I hope you do as well.