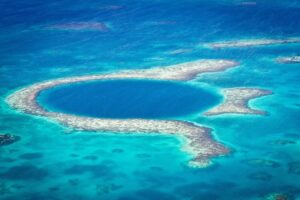 In my life there have been certain books that are just “it” when you need to address a specific issue.

They are the go-to solution for something you’re looking to address.

For instance, The First 90 Days

is a book I have read and followed after accepting almost every new job I’ve ever had. It’s designed to help you make your first three months a success and is a very valuable resource for starting a job on the right foot.

When we went to Disney World many years ago, we read and studied The Unofficial Guide to Walt Disney World 2020

. Our trip was PERFECT as a result! If we ever go back (maybe with grandkids one day) we would read and study that book again.

And from a general business success standpoint, I can’t think of a better book than The 7 Habits of Highly Effective People

. I’ve read the book many times and even attended workshops on its principles. I wish I had it earlier in my career and that I was better at implementing its teachings as it’s pure gold IMO.

Well today, I have another one of those go-to books to introduce you to. It’s called How to Retire Overseas: Everything You Need to Know to Live Well (for Less) Abroad

The book is written by Kathleen Peddicord who runs Live and Invest Overseas.

We’ll get into what the book includes over the next few posts (short answer: it covers EVERYTHING on this subject), but for now let’s set the stage on what the book is about, straight from the author:

I simply want to show that there are many good reasons to think about living or retiring in another country—reasons to do with a reduced (sometimes significantly) cost of living, with better weather, with a healthier lifestyle, with a lower tax bill, and with an enhanced quality of life.

In some places around the world that I’ll introduce you to in this book, in fact, you could dramatically reduce your cost of living while elevating your stand of living, affording little luxury it’s that are probably not possible to manage back home—a full time maid, for example, a cook, a gardener, even a driver.

Let’s start with this: you do not have to resign yourself to reducing your standard of living during this important phase of life. You do not have to plan for two or three decades of scraping by and making do. All you have to do is to think outside the box and beyond your own borders. Do that and you discover opportunities for a completely new and improved life available for a bargain price.

The reasons for packing up and starting a new life in a new country are many. Some are urgent—a need to reduce cost of living, for example. But retiring overseas isn’t only about the money. This is about an opportunity to enrich your life and to reinvent yourself.

The payoffs of a retirement overseas can be myriad, but so, in truth, are the challenges. This book will prepare you for the hurdles and frustrations involved in realizing your dream retirement in a foreign country, helping you minimize the hassles and maximize the adventure and the fun.

The big question, of course, is where. Where should you think about spending your golden years? In the pages that follow, I’ll walk you through the critical thinking you need to do to make that decision. More than a country, you’re choosing a way of life. To make that choice successfully, you want to understand all the options you’re choosing among. The truth is, there is no “best place in the world to retire.” But there is a best place in the world for you to retire. Let’s go find it…

Well I can tell you, this book delivers.

If I was ever going to move overseas, I’d probably read this book at least five times, take lots of notes, and genuinely consider what it has to say before I did anything.

Over the course of three posts I will be covering part 1 of the book — where it details the ten steps you can take now at home to determine if you want to retire overseas, how you might do it, and the like.

I’ll share what the book has to suggest and add my comments as always.

In the last post I’ll also list all the other information the book includes so you can get a complete view of what it covers.

Before we get into that, let me go into our brief history of potentially retiring overseas.

As I’ve posted, retirees can save up to half on their living expenses by moving overseas. This is a great strategy for those who have limited funds or want an increased retirement lifestyle.

That’s not really a concern for us since we’re not forced to pinch pennies in retirement.

Our “retire overseas” journey (if you can call it that) began with our very first cruise. We visited several islands in the Caribbean, loved them, and started dreaming (mostly me) about retiring there.

We stoked the fires of this dream by cruising the Caribbean a couple more times, visiting Grand Cayman twice, and watching episodes of both Caribbean Life and House Hunters International (when they focused on the Caribbean) so much that if you tell us the island and how much the house hunters have to spend, we can tell you if they’ll get a mansion or a shack. (FWIW, money goes way farther somewhere like the Dominican Republic than it does on St. John.)

But once we really started thinking about living the beach life, questions popped up. After all, it’s one thing to visit an island when all is bright and sunny and everyday life cares are nowhere to be seen. It’s quite different to live there and deal with issues day in and day out (like bugs/animals that like tropical weather, hurricanes, questionable infrastructure in many cases — at least not to the level we prefer, less attention to a schedule/timeliness, etc.) Not to mention, it’s living in a foreign country (unless you select a U.S. Virgin Island) — did we really want to do that?

Ultimately our answer was “probably not”, though this book has given me a new tropical place to consider (Ambergris Caye in Belize — La Isla Bonita for you Madonna fans). What we’ll probably opt for instead is wintering in Florida and spending the rest of our time in Colorado. Life could be a lot worse than that. 😉

That said, I have a friend who has already made the move overseas (Jim from Route to Retire moved to Panama — fun fact, they were on an episode of House Hunters International), another one headed to Belize soon, and my former bosses spent half the year in Costa Rica. So retiring overseas seems to be more common these days.

With that said, let’s suppose you (or I) actually wanted to move overseas. What would be the ten steps we could take at home to think through the issue completely?

I’m glad you asked…because that’s what we have up next.

The first step (of course) is to really get in touch with yourself to ascertain the kind of life you want to live.

This seems like it would be easy, but it involves being honest with yourself, something many people aren’t that good at.

Here’s a summary from the book that introduces this concept:

One of the fundamental choices you must make as you survey the world map in search of the overseas retirement haven with your name on it is this: Would you be more comfortable retiring to an established expatriate community, a place where you’ll have no trouble slipping into the local social scene and finding English speakers who share your interests? Or do you want to go local, immersing yourself in a new culture completely?

This important early decision may never have occurred to you. But I encourage you to consider the question directly and as early as possible in your “where and how should I reinvent my life overseas?” thinking, for the answer sets you on one track or another, and they lead to very different places.

Next they introduce other factors that come into play when deciding whether or not to move overseas (and where):

In addition to that fundamental question, in my experience fourteen other factors are important to take into account when you’re shopping for a new county to call home. The key is to consider each of these things within the context of your personal circumstances.

I list these considerations according to a general order of priority. Your personal priorities may be very different. You must determine for yourself what’s most and least important to you. On which points are you happy to be flexible? I’ll walk you through some exercises to help prompt your thinking, but here’s the list for reference:

The book lists several questions to answer for each of these criteria. As someone who has lived in multiple locations overseas, the author has been there and done that and knows exactly what questions should be considered for each subject.

Later in the book certainly it offers suggestions for which places to consider based on the categories above (i.e. If cost of living is your main concern, here are the three best countries to consider.) It’s one of the most valuable things about this book IMO.

Before we get to my thoughts, here are a few other comments from the book to wrap up this topic:

I include safety as last on the list because you can take for granted that every place I introduce in these pages is safe. In some, you won’t even have to worry about locking your doors at night. Everything else on the list of factors to consider is a matter of priorities and perspective, but unsafe is unacceptable.

One of the other important issues for anyone considering a move to another county is cost of living. In some cases a reduced cost of living is the primary and driving agenda. It’s also the issue most affected by your answer to the “go local/don’t go local” question. Living among the locals can decrease your cost of living significantly, certainly compared with the cost of trying to export your U.S. lifestyle to another county.

Climate is probably the next most common reason (after cost of living and cost of real estate) for thinking about moving to another country and could be your main motivation for considering the idea. Some places around the world boast spring-like temperatures year-round. For many, this is reason enough to relocate at least part of the year.

No place abroad is the United States. You must assume (and accept) that everything—from the health care system to the property purchase process, from the foods they eat for breakfast to the way they celebrate Christmas—will be different from what you’ve known until now.

Many thoughts from me:

Anyway, that gets us started on this book — there’s a ton more great information to go through.

If you’d like to read more about retiring overseas, check out part 2 of this series.