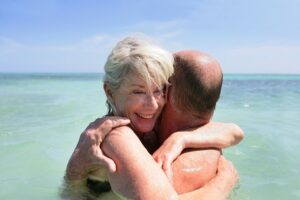 Today we’ll continue looking at the ten steps people can take at home to think through the issues surrounding retiring overseas.

If you missed part 1 and want to catch up, you can find it here.

The list is from the great book How to Retire Overseas: Everything You Need to Know to Live Well (for Less) Abroad

, one I certainly recommend if you’re thinking of ever moving overseas (or just like the concept — a little dreaming doesn’t hurt, does it?) 🙂

As usual, I’ll share what the book says on each step and add my thoughts afterwards.

We talked a lot about cost considerations in the first post because this is often one of the main reasons people think about moving overseas.

There are several ways you can use the cost differences to your advantage:

The book covers several cost-focused issues including two strategies for funding an overseas lifestyle (either as a retiree or a worker) as well as a general rundown of costs in various categories (housing, transportation, and so on.)

One comment they made that I found interesting was the following:

Because housing is such a major and variable cost, the best way to approach a budget for wherever you’re thinking about relocating can be to itemize all other expenses you’ll incur, then address housing separately.

They also note that costs can vary widely from city to city and neighborhood to neighborhood.

For those who really want to get a sense of costs, part 3 of the book provides detailed monthly budgets for each country on their list of the world’s best places to retire overseas to. So if you select one of those, the book does most of the work for you.

At this point you’re ready to consider various geographies. My guess is that most people start with this step because it’s fun.

Personally we glossed over steps 1 and 2 because if we were to move 1) I know we’d live less like locals and more like tourists and 2) costs weren’t a big deciding factor in us moving overseas.

Anyway, here are some key quotes from the book on this step:

Once you understand what you’re looking for—a reduced cost of living, great wealth, tax breaks, etc.— your plan isn’t made. Deciding that you’d like to live in a land of eternal springtime, for example, doesn’t point you in the direction of one country and one country only. Many countries offer some of the same advantages and benefits, but each has its disadvantages, too.

The key is to understand not only the pluses but also the minuses in each case, so you can compare and contrast your options in that context. It’s as important to understand the reasons not to move to a country as it is to appreciate the charms and attractions of any place that catches your attention.

Once you begin thinking seriously about the idea of relocating overseas, you realize quickly that you’ve got to focus your search. I call it thin-slicing your options. You can’t plan to retire to Panama or Spain any more than you could plan to retire to the United States.

Think about that for a second. What would that mean, to retire to the U.S.? It’s a silly question, impossible to answer. I could tell you what the whether would be like in Scottsdale, Arizona, what the cost for groceries for a couple would be in San Diego, California, and what the view from your balcony might be like living on the coast of Naples, Florida; but no one could answer those questions for the United States considered as a whole.

Neither does that kind of broad thinking make sense when you are pondering your options beyond U.S. borders. When thinking about your new life in Mexico, say, or France, you have to consider what it might be like to live in the Mexican colonial coastal town of Mazatlan or perhaps in the French countryside around Languedoc. Your life in these places would bear little resemblance to a life in the Yucatan around Cancun, for example, or in central Paris.

The book suggests regional options for its recommended locations, which gives readers a leg up on understanding true costs by different locales.

That said, you’ll still need to supplement that with a lot of online digging. The good news is that I suspect almost every place you might want to move to has an online community of Americans who’ve already moved there and are willing to help answer any questions you might have.

Now we’re getting into the nitty gritty details.

As you might imagine, countries vary widely in who they allow in the country, how long those people can stay, what they can do (work or not work), and so forth.

So before you take the plunge to move to a country, you need to know their residency requirements and see if you can live with them.

Here’s how the book breaks down the two main options:

Don’t overstay the time in country allowed a tourist, and you avoid the question of residents altogether.

However, if you’d like to be able to live full time and to stick around indefinitely in a particular country, then you need, early on in your planning process, to consider the options that country offers for becoming a legal resident.

I know people who have done both (travel back to the U.S. every so often or just stay put).

I’m not sure what I’d be up for, though if we lived in a Caribbean island we’d probably make trips to the U.S. to avoid hurricanes now and then. Ha!

Of course, taxes is an issue. It seems like no matter where you go in the world, this is the case.

Here are some basic thoughts from the book:

Controlling your tax liability can make a big difference in your standard of living. Reduce your tax bill from 40 percent to 20 percent a year, and it’s like giving yourself a raise and supercharging your investment portfolio. You’re earning no more, but you’ve got a whole lot more disposable income.

… as an American abroad, you can reduce your annual tax burden, even significantly, from what you were paying when you were residing full time within U.S. borders. This is where things can get complicated.

Which leads to my first and probably most important piece of advice on the subject of taxes for the overseas retiree: Don’t try to become a global tax authority. Hire one.

Several thoughts on this one:

As part of this section the book includes “six things I wish someone had told me about international tax planning before I made my first international move” that is worth the cost of the book alone.

One really great thing about healthcare in other countries is that in many places it appears to be cheaper, better, and less of a goat rodeo than it is in the U.S.

Here’s what the book says on the subject:

In some places around the world, the cost of medical care can be so low that it can make more sense to pay for it out of pocket rather than insuring against it. Further, in some places worldwide, under certain circumstances, health care can be free. Almost anywhere in the world, medical care is more affordable than in the United States. These realities all speak to what can be one of the biggest upsides of spending time in another country.

If you’re interested in reading about an actual healthcare experience overseas, here’s one from my buddy, Jim.

Step 7: Understand the Local Real Estate Market (for Both Sales and Rentals)

As you might imagine, when you move overseas a lot of things are different than in the U.S.

Nowhere else is this more evident than in real estate.

Here’s the first and most important thing to understand about most real estate markets beyond North American borders: They don’t come with multiple listing services.

With a handful of localized exceptions (for example, you can access pseudo multiple listings for particular regions of Mexico, for the island of Roatan, in Honduras, and for Buenos Aires, though not for the rest of Argentina), in most of the world, to get a full picture of what’s available for sale or for rent (in most countries, agents handle both sales and rentals), you’re going to have to meet with every agent in town.

Outside North America, real estate listings are proprietary, not shared. Agents do not cooperate and will look at you as though you’ve lost your mind if you suggest to them the idea that they might split commissions with one another and all make more money in the long run.

And as if that wasn’t bad enough, there’s more:

Here’s the second thing to understand about many real estate markets outside the United States, especially the unregulated ones south of the Rio Grande: The real estate agent you meet with doesn’t work for you, and he doesn’t really work for the seller either. He works for the commission, which he wants to be as big as possible.

In some markets, this can lead to what’s called net pricing, whereby the agent will promise the seller a fixed amount for his property. The agent then sells for whatever he can sell for and pockets the difference. Maybe he walks away with a reasonable commission, or maybe he makes 20 percent, 30 percent, or more on the deal. You, as the buyer, never know. I make this point not to alarm but to prepare you. Don’t take for granted that “your” real estate agent works for you (as you might in the States), and you’ll be fine.

And finally, they note that renting is better (at least to start and maybe forever):

In some cases, you may want not only to rent first but to rent, period.

Certainly, as I’ve said, you want to rent first. But renting rather than owning your dream home overseas also has long-term advantages.

I would rent before I bought, if I ever bought. I’d want to get a feel for the area and know I wanted to live there a long, long time before I would purchase a place.

It just seems that renting offers so much more flexibility in a situation like this that I’m not sure under what conditions buying would make sense.

That’s it for today.

If you want to read more of this series, click here for part 3.