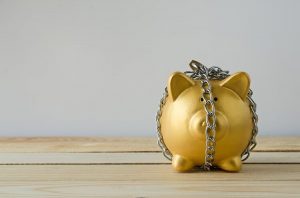 A couple years ago I was in need of an audiobook to listen to during a long drive, so I picked up Money Secrets of the Amish: Finding True Abundance in Simplicity, Sharing, and Saving

To say the least, it was an interesting “read.”

In case you were thinking about reading this book, I’ll save you the time and give a quick summary.

Here’s why the book says the Amish do well financially:

The book says that their general mantra is:

Use it up, wear it out, make do or do without.

This is generally a good philosophy IMO and a key part of almost any successful financial plan. After all, spending less than you earn is a key step in growing your net worth  while over-spending is one of the worst money mistakes a person can make. But the Amish make this otherwise commendable practice unpleasing by going a bit overboard (assuming the book is accurate, which I’m not sure it is.)

How? They are painfully frugal. I can’t recall the exact examples the author used, but I do know that they were so bad that I could only listen to one of the five CDs before I gave up. (They didn’t re-use toilet paper, but some of the tips were in a similar category — the kind where you say, “No matter how bad it gets, I’m not doing that.”)

But then I wondered, why am I having this reaction? I believe in frugality, right? I believe in spending less than you earn, right? Isn’t that simply what they are doing?

Yes and no. They are certainly frugal and obviously are spending less than they earn, but I thought to myself that they weren’t practicing “my kind” of frugality.

This, of course, made me stop and wonder — are there different kinds of frugality? There must be if the Amish were frugal and so was I and yet I didn’t like their degree of frugality. This obviously led to the question, “what is ‘my kind’ of frugality?”

My Kind of Frugality

After thinking about it a bit, I came up with what I think is an accurate description of my kind of frugality. I call it “moderate and selective frugality.”

Here’s what I mean by that:

In addition, there’s another area where I differ from the Amish: I put time and effort into growing my income.

This is not to say that Amish ignore this. In fact, many Amish have great businesses (I grew up in Iowa where nearby Amish families had all sorts of successful companies.) But they don’t focus on the income side of wealth creation as much as I do and, on average, they don’t have the potential of earning as much as I do. As a result I end up with more leeway and options when it comes to spending. In short, I can afford to splurge a bit here and there and still have a good cash flow to fund my savings and investments.

To summarize, my frugality is based on:

Thinking all of this through was actually an interesting process for me. It revealed some things about my spending philosophy that I hadn’t consciously considered and helped me connect the dots in a way I hadn’t previously. So for that reason, I “liked” the book. It’s just those bare-bones spending practices I wasn’t fond of. 🙂