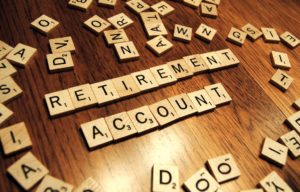 As you’ll see below, there are many paths to FI and ultimately it comes down to working out a basic math formula.

Let’s review the key parts of the formula one by one.

Here are the financial measures that contribute to reaching FI:

If you wanted to simplify the above you could eliminate the first two and start with the gap (which is defined by including the first two). It makes the formula simpler but since I want to highlight specifics about each, I broke it down.

I read many FIRE (financial independence retire early) sites and am amazed by the various ways people have achieved FI (especially those in their 30’s and 40’s).

There are two ends of the FI spectrum based on how much income is needed to cover FI expenses. Some people only need $30k a year to cover expenses awhile others need $100k. These two are illustrated by what is most common (based on my reading) versus my specific situation.

The most common path is as follows:

There are people above and below these numbers, but this range probably covers at least 90% of those who reach FI. I know some ESI Money readers who will have over $97k in income when they retire.

And there are all sorts of combinations to reach FI:

And on and on…

The summary: you need to be excellent with at least one lever or else you’ll reach FI when you’re 90. The more of them you’re good at, the faster you will reach FI.

A few resources you may want to review if you want to learn more about FI:

That’s my take on how to reach financial independence. Any thoughts you’d like to add?