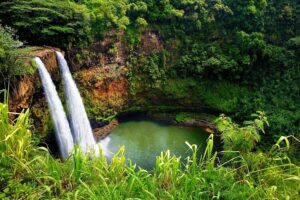 Here we are again — time for another retirement update where I share what’s going on in my life!

For the record here’s the last one. You may want to read it as some of the items mentioned in this post will assume you know what’s in the former post.

The past three months have been full of excitement, so let’s get to the details!

We went to Hawaii in mid-February. I’ve been documenting the trip with pictures on Instagram if you want see what we did, but here’s the verbal overview (just the highlights, not everything we did, of course):

The trip was right before the virus was a big deal (it was mostly in China at this point) so we were probably on one of the last cruises not impacted by it. There was illness on the ship which I believe was the flu. You could tell this since most of the time the staff served us food — they didn’t allow us to serve ourselves which is a tell-tale sign of an illness going around.

Overall, it was a very good trip. We loved the warmth, the sites, seeing our family, the differences in the islands, and the cruise (which made it really easy to see many islands).

There were pros and cons to Hawaii versus Grand Cayman. Hawaii had more to do and see on most islands, a wider variety of landscapes, and was more “American” which made life easier (easier to rent and drive a car, shop, know how things operated, etc.) It was a faster-paced sort of vacation compared to the more laid-back ones we generally have.

The cons were the flight was very long, the weather wasn’t as nice (several days were rainy and colder — in the 70s), and the beaches/snorkeling were not as nice as Grand Cayman.

The costs seemed about the same overall. Grand Cayman is expensive and then you get hit with the conversion upcharge, but Hawaii is just plain expensive without any upcharge.

As for future trips, we’ll probably go back to Hawaii if our son returns. We’ll likely pick an island (probably Maui) and stay in an Airbnb, then fly him over on the weekend.

If he doesn’t return, we’d probably head back to Grand Cayman. It’s closer, more quiet, and has better weather and beaches.

Wow! Where to begin? Some of the “highlights”:

As for other financial issues, here are some updates:

In an effort to 10X my travel spending (and thus our experience), I got two new credit cards recently:

My rental properties are doing well but I was concerned about my tenants since Michigan had a stay-at-home order, so I sent my management company the following message:

I was wondering what the situation in GR was with the virus and if most people are staying home and not working.

If so, it’s likely that at least some of my tenants are not being paid during this time.

Have other landlords thought of this and considered reducing or postponing rents for a month or two to help out their tenants?

I got a message back that they were working on a response and a few days later I received this as part of a larger email:

We have also heard from many owners requesting a long list of ways to help the residents that live at their properties. We’ve heard many ideas including “forgiving a month or two of rent” or “decreasing rent by 50%” and many more. The generosity of our clients is incredible and inspiring. However, we know from experience, that as much as we’d love for residents to get the assistance they need, those that receive assistance are not always in need of it. We are hoping that assistance currently being received, be it unemployment, or an eventual stimulus package, can help bridge the gap in the income they had lost. That being said, we completely understand the desire to help and we are actively setting up a plan for residents that are in need to receive it. We will set aside owner funds and create a list of requirements that we can fairly apply to each person in need and distribute it based on consistent criteria.

So I sent a note asking if any of my tenants needed/had requested assistance and my manager said she’d let me know if there were any.

I just received my April statement and it looks like one tenant hasn’t paid. I will need to follow up with my property manager to see how we can work something out.

Here are some books sent to me recently. I probably won’t get a chance to read them for some time (if at all) but I wanted to give the authors some exposure. So I’ll share the book as well as a bit about it from Amazon: