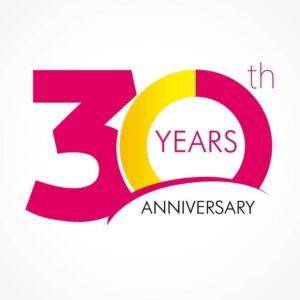 Well, it’s that time again! It’s time for another retirement update where I share what it’s like in the retired world of ESI.

I put off having one for years because everyone (yes, every single person) I knew who had one talked about how terrible they were (I had someone the day before I had mine saying how horrible the thing was — and I was about to begin my prep for it in a few hours!) Now that I have gone through the process, I can say those people are big babies.

All of the complaints I have heard from people are about the advance preparation for a colonoscopy. No one talks about how terrible the actual procedure is because they put you to sleep for it. It’s a breeze! The “hard part” is getting ready the day before.

So let’s look at the reasons people give for why colonoscopy prep is so terrible and my thoughts on these (FYI, I am NOT a doctor and don’t intend to play one — that’s why my ultimate advice below is to talk to your doctor — if they tell you to have a colonoscopy and you think that’s the right thing for you, these tips will help make it as easy as possible):

Now that I’ve handled the issues, here are some tips for making the prep the easiest it can be for you:

As I start to wrap up this section, let me leave you with this comment left by one of the mentors in the MMM forums talking about getting a colonoscopy:

While I was being prepped and waiting it got me thinking about how I would feel years from now if something I could have done in advance but didn’t turned out to cause me more major issues.

So glad to hear you’re healthy. My first routine colonoscopy at age 50 saved my life.

I don’t want anyone reading this to have any regrets.

So my advice is to talk to your doctor. If he/she tells you to get a colonoscopy, then decide if it’s right for you or not — just don’t let “how terrible” it will be factor into your decision, because it’s really not that bad (as I’ve noted). Follow the steps I’ve recommended (as long as your doctor is ok with them, of course) and it will be even easier.

If there are no problems, your gift is peace of mind.

If there are problems, knowing sooner rather than later might save your life.