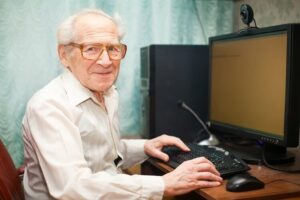 Today we have a bit more on addressing what you’ll do with your time in retirement — something I call the “life” side of retirement (as opposed to the money side which gets a lot more attention).

Plus we’ll discuss the book’s thoughts on working in retirement…something that I initially discounted but now see as vital (and some may see as controversial — how can someone “work” in “retirement”? LOL.)

We jump right in today with these thoughts:

Don’t think about retiring from something but instead to something. This thought has surfaced in my research as a hallmark of successful lives in retirement versus those that fail. Those who fail are thinking of retiring from something but have no clear vision of where they want to go—and end up being aimless. I’ve heard from scores of people who thought they wanted a life of complete ease but instead got a life of boredom. Creating a vision of what you want the rest of your life to look like is a critical part of developing your New Retirementality.

Now we move into the book’s thoughts on working in retirement.

Short story: the author likes the idea of working when you retire. In fact, he thinks it’s mandatory.

Let’s begin with some information on people working in retirement:

Research from Rand points to the fact that people are choosing to work in retirement:

13.6% transition to part-time work
16.9% leave the workforce and subsequently reenter
25.7% remain in full- of part-time jobs past age 70

First of all, let me address the elephant in the room (at least for some people). “Working” in “retirement” is a thing. If the retirement police want to throw a fit about that, go ahead. Hahahaha.

Second, that’s a good portion of people who continue to work. Not sure if it counts side hustles/businesses…my guess is that it doesn’t.

The book continues with thoughts on working in retirement as follows:

According to the 2017/2018 Global Benefits Attitudes Survey, more than one third of all U.S. workers expect to retire at 70 or higher. According to a Gallup poll, 74% of those polled planned to continue working either full or part-time, and a majority of those respondents were working because they chose to, not because they had to.

The bottom line is that the retirement pitch for the last generation has headlined the benefits of leisure, but those who enter into it full time are finding that leisure alone cannot deliver the life satisfaction they seek. The exclusively leisure-life retirement is a mirage, a message I have been broadcasting for the past two decades. Individuals migrating from full-time contributors to full-time consumers cannot help but feel the existential shock to their systems. Self-indulgence is balanced by service, relationship building, and exercise of aptitudes, it becomes a completely different story—with a much happier ending.

The point here is that work, or work-like activities like volunteering, offer some benefits that ADD to retirement. Work isn’t simply an unpleasant task that retirees do because they have to for the money.

What exactly do they offer? I’m so glad you asked!

For good reason, over the past several years we’ve primarily been focused on the financial challenges surrounding retirement. What we hear far less about are the non financial retirement challenges that people face:

The New Retirementality will be different for every individual. You may want to devote 10 hours a week to volunteerism, whereas someone else may never slow their 40 to 50 hour work week until they completely expire—for the simple reason that their work energizes them. The critical conclusion that you should draw from this discussion is that work should always be a part of your life because it provides more than a paycheck.

The book finishes up its thoughts on this particular part of working in retirement with the following:

Financial needs are only one piece in this puzzle when it comes to the New Retirementality. In the Gallup poll cited above, the percentage of “want to” work versus “will have to” work has edged up slightly since 2013. In addition, the percentage of respondents who reported having to work dropped from 26% to 18%. From these findings we can conclude that people are choosing to continue working for more than just money—they understand the benefits of work to their health and well-being.

Retirement is not a one-and-done decision, as all of us require time and experimentation to find the proper balance between vocation and vacation in our lives. One of the reasons for this is that as we mature, work can take on an entirely different meaning in our life. It can become about more than producing a paycheck and paying the bills. As we have already discussed, many people simply need to work—and not just for money.

No-Work Retirement Can Kill You

The book turns a bit to discuss working in retirement from a different angle with this:

In 2012, economist Josef Zweimuller at the University of Zurich coauthored a study that found that even though many crave early retirement, it seems to be bad for our health: “[A]mong blue collar workers, we see that workers who retire earlier have higher mortality rates and these effects are pretty large.” The study showed that for every extra year of early retirement, workers lost about two months of life expectancy.

Two years earlier, in a 2010 article for CBS, Steve Vernon commented on the RP-2000 Mortality Study, which included a table that compared the annual death rates of two groups of men ages 50-70. The two groups consisted of men who were working, and then men who were fully retired. “What’s going on here?” Vernon wrote, “I thought retirement was supposed to be good for you!”

My take on these thoughts:

As we wrap up this post, the book has a couple other bits of info I want to share.

Let’s begin with this one that keeps our work-in-retirement conversation going:

Delaying retirement may stave off cognitive decline. A study of nearly half a million people by French researcher Carole Dufouil of the research agency INSERM found that for each additional year people worked, they reduced their risk of dementia by 3.2%.

Ok, so now if we quit work and somehow by a miracle survive it, we’re all going to lose our minds.

Again, wish they had some sort of actionable recommendation for retirement work. How many hours of work each week will erase that dementia risk?

Also, I wonder if much of this research is done by people who will never retire and simply want to justify themselves. That’s my skeptical mind at work.

Finally, we’ll wrap up this post with a small poem/saying the book includes:

Retirement is wonderful
If you have two essentials:
Much to life for, and
Much to live on.

Hahaha. Yes, the two parts of retirement — money and life. I love it!!!!

Well, that’s it for today. For the next post in this series, see The New Retirementality, Working in Retirement.