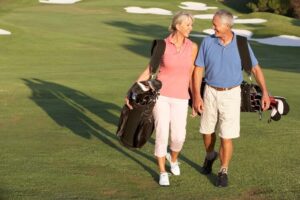 We’ve already covered Retirement Failure and What Makes a Successful Retirement in this series, so you may want to read that post if you missed it and want to catch up on the book.

Today there’s more on retirement failure and my disagreements with what they say may lead you to believe I don’t like this book.

To be honest, I didn’t like it at first when I read it, but I stuck with it and I’m glad I did (we’ll see why in the second half of today’s post). I now rate the book as a “buy”.

In addition, I don’t mind a bit of overkill on the problems of retirement. I think many of the issues the book details need to at least be brought up so future retirees can prepare for them before they retire.

We begin in the book’s chapter 5 which is titled “Boredom Isn’t on Anyone’s Bucket List.” LOL.

The book says the following about boredom (meaning boredom in retirement):

Boredom is the result of:

When too much capacity meets too little opportunity, boredom ensues.

This is an issue we addressed a lot in part one of this series.

You need to have several retirement activities that you enjoy. If you do, you will certainly not be bored and if you’re like many of the retirees I know, you won’t know how you had the time to work because you’ll be “so busy”. (I put those words in quotes because we are so busy compared to what we thought we’d be — not really as busy (which was over-busy) as when we worked.)

The book moves on a bit to talk about how boredom can result from unrealistic expectations.

Many retirees’ lives are literally on the rocks—both existentially and dietarily—because of the false expectations set up for them (or by them) in retirement. There are three mystical nirvanas that people strive for in retirement only to later awaken to empty, banal, and unimaginative realities:

Here’s my take on these three:

Now we move on…

Next, the book covers marriage issues as follows:

A financial planner in New Jersey told me that one of the most heartbreaking scenarios that kept repeating in his planning practice was the number of clients divorcing after retirement. He talked about how discouraging it was to spend years assisting these couples who he had grown quite fond of, only to see them break apart after retirement—because the lifestyle was not what they had planned for.

The lesson is that personal space is required for relationships to last and couples can have a hard time in the retirement transition. This planner told me that as a preemptive move to prepare them for the transition, he had started sending the book you are reading a year ahead of their proposed retirement dates.

My thoughts on retirement and marriage:

Here we go. Another retirement book talking about “purpose”.

Here’s what this one says:

Having a strong sense of purpose impacts us at every level of our health: physically, mentally, and spiritually. In the last decade we have learned from scientific studies in medicine, neuroscience and psychology that living purposefully has measurable effects on health outcomes. Living purposefully makes you 52% less likely to develop Alzheimer’s, prevents strokes by as much as 44%, and recedes the changes of a cardiovascular event by 19%. And these are just a few of the physical impacts. We’ve got to adjust our thinking about what is possible past 60 because, in the recent past, we have been misled on this matter.

If you read 50+ retirement books like I have, you’ll find two different definitions of “purpose”.

Some define it in terms of “what are you doing to save the world?” Acceptable answers could be volunteering at a pet shelter, singing at retirement communities, or working at the local soup kitchen.

Others simply define it as something that “gets you up in the morning.” This could be working at a soup kitchen or it could be meeting friends for a bike ride, round of golf, or book discussion over coffee. In other words, saving the world is optional. As long as you’re excited about what you’re doing, that’s your purpose (AKA “passion”).

I tend to agree with the second definition and don’t really like the first. I am a big believer in giving and volunteering, but don’t think either are required to have a great retirement.

I know TONS of happy and well-adjusted retirees who have “fun passions” like pickleball (as you might expect), travel, and gardening.

How Will You Spend Your Time in Retirement?

Now we’re getting to the heart of what I like in this book — the emphasis on how vital it is to know what you’ll do when it comes to the “life” side of retirement.

In other words, how will you spend your time?

We begin with these thoughts:

Many people are so occupied with getting out of a career trap that they seem to care little about what happens after they leave their jobs. Despite the fact they have planned other aspects of their lives, they seem to feel retirement will take care of itself. The opposite is often true. – Elwood Chapman and Marion Haynes, Comfort Zones: Planning Your Future

We’ll get into this more but consider the following:

Given these considerations, don’t you think it’s worth a bit of planning time?

And…the bar for success is oh-so-low.

The research in the book You Can Retire Sooner Than You Think (which I highlighted in 18 Traits of the Happiest Retirees) gives us the following:

That’s less than 30 minutes a month. That’s one minute a day.

Certainly we can all hit that for something so important, right?

Jeez, let’s go crazy and spend one hour a month planning for retirement (it could be listening to a podcast or book on retirement while you drive, workout, or walk). That would put you at 12 hours a year and almost 2.5 times higher than what happy retirees experience. You should be elated when you retire!!! Haha.

Next we move on to this:

As I travel around the world talking with audiences about the new approach to retirement thinking, I always start with the question, “When I say ‘retirement planning’ what’s the first thing that comes to mind?” The universal answer is always “Money.” This answer reminds me of the recently retired executive who told me, “I got the money piece together, what am I supposed to do now—hug my checkbook?”

The reason most of us think this way is because we’ve been taught to think this way. We’ve been inculcated for years that we needed to have a “number” that we would reach and then sail off into the sunset. In fact, one company’s ad campaign even showed people carrying a giant number around the airport and other places. Those ads always irked me because they sent the wrong message. The quality of our lives cannot be guaranteed in a number.

Instead of focusing on only a number we need to focus on a number of important questions:

The book goes on with this line of thinking:

What difference will all our financial planning for the future make if we have no idea what kind of life we want to purchase with those financial resources?

Would you prepare for a two-week overseas vacation and not make any arrangements for how you will best use your time once you arrive? Only an intrepid adventurer or a cavalier fool would approach an expensive journey this way. Even just heading out for a short weekend trip can involve considerable time plotting out hotel, route, rood, and entertainment options. Why, then, embark, on a 30-year long journey with the sole concern being economic? Millions are saving for what might be a journey of several decades—with absolutely no idea where the journey might take them. Individuals who approach retirement in this manner will have a ticket to ride but no roadmap (or GPS). While this may sound appealing, they may soon find themselves lost.

How important is it to you to have direction in the journey ahead? Existential preparation is more important than economic preparation if you plan on reaping enjoyment with your life moving forward.

Remember, money has no value in and of itself. Money is useful only in terms of what you can do with it. Just as important as saving for the future is having some sort of vision of what that future will be. Numbers crunching alone will not do the job. An inspiring vision of what you might be and do if you were financially able must accompany the numbers crunching if you hope to have a successful transition into whatever your next phase of life may be.

I think you can begin to see why I like this book.

First, it takes a lot of time, effort, and space to discuss the life side of retirement, something many (most?) people ignore.

So many new retirees think they’ll simply “figure it out” when they get there. After all, how hard is it to plan a weekend of freedom? But what they don’t realize is that there’s a BIG difference between a single weekend and endless weekends. One goes by in the blink of an eye and the other lasts forever. That’s what the book is trying to get across and it’s a message more people need to hear.

Second, he doesn’t pull any punches. I smiled as I read this section because it reminds me of a rant I might write. Ha!

“Future retirees need to be asking what they want to do with their life during retirement, and what the personal implications of retirement are for them. Baby Boomers are looking for a meaningful role in their later adulthood. Money is important to them, but so is the quality of life in their retirement.”

I developed these four pillars by identifying the more prevalent characteristics of successful (or failed) retirements:

I agree with all of these. My thoughts on each of them:

The book is really starting to hit its stride now! 🙂

For the next post in this series, see The New Retirementality, More on What to Do in Retirement Plus Thoughts on Working.