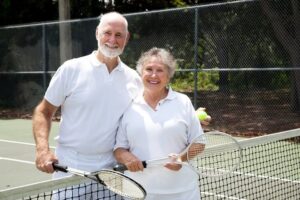 Today I’m going to start a new series around a retirement book I really enjoyed (thankfully, because I’ve read so many that are trash lately — not even enough good stuff to fill one post).

It’s called The New Retirementality: Planning Your Life and Living Your Dreams…at Any Age You Want.

Apparently a lot of other people like it as well as the book is now in its fifth edition.

I’ll be sharing what I like (and also dislike — it’s not without things I disagree with) over a series of posts as well my thoughts on what the book says.

It seems I have come upon a streak of books that spend a large amount of time talking about how easy it is to fail in retirement, how hard it is to have a great retirement, what the pitfalls are in retirement, and on and on.

Personally, I have NO idea what they are talking about as my retirement has been a home run. But apparently that’s not everyone’s experience.

This book spends the first several chapters on one form of retirement pitfall or another.

Let’s begin with this:

Is accelerating your pace into boredom—“every day’s a Saturday” all-play agenda—really a good idea? Unlike the nursery rhyme we learned as children’s, it’s really “all play and no work” that makes Jack a dull boy. The illusion has been that of sipping tropical drinks on a Caribbean beach and setting tee times for the rest of your life. “All this is yours” once you retire, and the earlier you retire, the better. Possibly you’ve met some people who swallowed this illusion and are living with the hangover of boredom and purposelessness in their lives.

The book goes on about retirement dangers with this:

We’ve already known that diving from fulltime work to full time leisure is a drastic leap and not healthy. People have organically begun to make the change in stages—mini-journeys, if you will—to make the lifestyle redefinition feel more natural than a sudden switch from cubicle at HQ to a captain’s chair in the RV.

Some retirees ease smoothly into retirement by spending more time with family, friends, or hobbies they find intriguing. If you are still working for others, I encourage you to being discussions with your employers about the friendlier posture and attitude toward phased retirements instead of the heretofore one-and-done approach, which isn’t healthy for most.

But researchers have found that others experience anxiety, as well as feelings of loss and depression. According to Robert Delamontagne, PhD, “People can go through hell when they retire and they will never say a word about it, often because they are embarrassed.” Delamontagne surmises the reason these people are embarrassed is because the supposed cultural norm for retirement is that you’re now living the good life—if, by chance you’re not, then there might be something wrong with you.

Almost a decade ago, the Rand Un-Retirement study began telling a different story when it revealed that it takes most people three to four attempts at retirement to get to a place they’re comfortable with.

I’ve also witnessed a strange physiological phenomena with recent retirees that I call the “Captain Coupon” syndrome—an obsession with knowing how to save a buck on everything and everywhere. The reason for this sort of cost-saving reasoning is that retirees are suddenly hit with the impact of cashing their last paycheck and realizing that they have entered the economic twilight zone where their expenses will rise but their income won’t.

As time passes, this gap broadens and the mental space between income and expenses gets quickly filled with anxiety. This might explain the number of retirees staring at the stock ticker on CNBC and downing shots of Pepto-Abysmal.

If your income won’t support your plans, then your plans will have to change in one or two ways: spend less or work longer. There aren’t really any other options.

And we move on to this:

According to a study by Elizabeth Mokyr Horner, PhD, for the Journal of Happiness Studies, retirees experience a “sugar rush” of well-being and life satisfaction directly after retirement that is followed by a sharp decline in happiness a few years later. The subjects in the study were from 16 countries in Western Europe and the United States. The rush-crash pattern showed up irrespective of the age at which the person retired.

Dr. Horner states, “People are going to spend more time retired, even if we push the retirement age back. We need to figure out ways to maximize people’s happiness.” Experts believe that one answer might be to encourage more altruism in this stage (as opposed to the increased consumerism which has been encouraged for years as the retirement ideal). In a 2018 study in the Journal of Aging and Health led by Eva Kahans, PhD, researchers discovered that people living in retirement communities reported higher levels of satisfaction and lower levels of depression if they were engaged in moderate levels of volunteer work than those who weren’t.

Now on to this:

After 6 to 12 months of retirement living, most people have experienced a few reality checks, and ask themselves one or more of the following questions:

Am I experiencing loss of esteem issues since retiring?
Am I sleeping later?
Am I watching more television?
Am I getting less satisfaction from my hobbies?
Have I been less social?
Do I feel aimless at times?
Am I drinking more?
Do I feel less healthy than I did before retiring?
Have I been experiencing feelings of depression?
Am I being less communicative?
Am I sensing more tension in my marriage?

LOL. Do “most” people ask themselves these questions?

Here are my answers to these questions 6 to 12 months after I retired:

Ok, so you tell me if there’s a problem.

The book says there isn’t because:

If you find yourself answering “yes” to three or more of these questions after the honeymoon phase of retirement—anywhere from 6 months to 1.5 years, depending on the individual—then it’s time for you to enter stage four.

FYI, the book’s “stage four” of retirement is “negotiating balances”. I’m not including all the stages because they aren’t worthwhile IMO, but here are the highlights of stage four:

When the initial sugar buzz of retirement wears off and the reality of filling your time with both enjoyable and meaningful engagement hits home, you’ll first want to examine your balances regarding vacation and vocation. When energies get skewed too far in either direction, we feel discomfort. I recently heard a man talk about entering retirement with a plan of dividing his time into quarters: one quarter play, one quarter volunteering, one quarter friends and family, and one quarter learning and self-improvement. This actually sounds to me like a healthy leaning into retirement but what he found is that events don’t always comply with our intentions.

Others found that once they left work, their social network crumbled, and they were lacking the enthusiasm for creating new networks. This, too, is a delicate balance (social and alone time) that has serious health implications. Recent research has demonstrated that loneliness is a predictor of various health issues.

We finally turn the corner (for a moment) and get to some thoughts on what makes for a great retirement:

Michael Finkenbinde, a retirement lifestyle expert at The American College has conducted extensive research on the factors that most influence satisfaction in retirement. He says the findings can be crystallized into three pillars: Money, health, and connectivity. You’ll want to make sure you’re experiencing well-being in all three categories.

That’s it for this time. If you want to read the next post in this series, check out The New Retirementality, More Retirement Failure and What You’ll Do with Your Retirement Life.