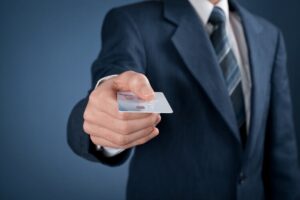 As you know by now, I started playing pickleball big-time this summer.

I began in April, but things were dicey in Colorado Springs weather-wise into the third week in May (when we got a HUGE snowstorm), so I didn’t get much action the first couple of months.

But from June on, I have been playing 10 to 15 hours a week. I play anywhere from three to five days per week depending on what else I have going on.

I’ve also competed in two tournaments and have considered hiring a coach. Yes, I’ve become a bit over-the-top when it comes to pickleball.

In addition to the fun and higher level of fitness the sport has afforded me, I’ve also met a TON of people.

Since having regular social activity is supposedly a key to a great retirement, that’s a good thing, right?

On a regular day at the courts near my house there are 16 people actively playing (four each on four courts) and another 16 or so waiting to play (they “paddle up” — they place their paddles in a line to take the courts as games end).

The courts downtown have even more people there — 15 or so courts with most full at peak times of the day.

The number of people playing has made the sport very social for me. I meet new people by both playing pickleball with them as well as chatting while we are paddled up and waiting our turns to play.

It’s hard to tell how many people I’ve met but I’ll guess that there are at least 30 new people (since April) I can call by name and another 30 that I recognize by face but don’t know their names. BTW, our pickleball association ($20 annual cost to join) sends us nametags to wear so it’s easy to learn names.

One of the people I met along the way is Jim.

I didn’t meet Jim until July, but we quickly became friends. He’s 52 and retired from 30 years of service with the federal government. He was an IT guy who developed and ran software programs for air traffic control.

I met Jim when he and his girlfriend, Debbie, showed up at our courts one day. We played a few games, began chatting, and became friends.

We traded phone numbers and started to meet early to play foursomes before most other people showed up (most get to the courts at 8 am, so we’d meet there at 7 am). Sometimes I would bring my wife to play with us and other times we’d get another partner.

I then started to run into Jim and Debbie at Lifetime Fitness where they are also members. They introduced me to the indoor pickleball players there (I had never played indoor up to that point) who play on Tuesday and Thursday afternoons. This will be my go-to group for winter pickleball playing.

Jim then invited me to play a couple tournaments with him and we did. We did ok in both of them, winning a medal in the second. We also texted back and forth a lot as we have common interests.

Anyway, that background will get you up to speed for the conversation that follows.

Jim and I were warming up one day early on the courts (most pickleball players warm up by dinking the ball back and forth over the net at close range) and we were chatting while we did.

It was just after my wife had left the previous day for a trip to Pittsburgh. I was relaying how she had gotten up late and construction was bad, so she was close to missing her flight. I noted that Denver airport security can take some time (it once took me TWO HOURS) but luckily she had breezed through.

Jim asked if my wife had TSA Pre-Check. I told him she did not, but that I did and she usually gets it when she travels with me. Then I mentioned that I was thinking of getting Global Entry and that’s when the conversation took a financial turn.

At this point Jim told me that I should check out the Chase Sapphire Reserve card. As you know, whenever anyone mentions any sort of money-related topic I perk up (especially after all the talk I hear in the Lifetime locker rooms). I want to hear what people have to say about money since I find real-life perspectives to be very interesting.

Jim began with the fact that the card has a $450 annual fee which at first blush makes it appear to be a bad deal. But then he listed off all the card’s benefits like he was an all-star money blogger and travel hacker! I was impressed! He noted that the card offers:

He then said it was BY FAR the best card he’s ever had, is well worth the money, and that I should check it out if I was in the market for a new card.

Little did Jim know that I am a credit card guy from way back and that I’d once considered this card. I didn’t really look into it too much as I like my credit card system and am used to it, but Jim’s recommendation spurred me on to take another, deeper look.

But before we get into that, let’s list the card’s other perks that Jim didn’t mention (plus add some specifics to general benefits he listed):

And as of now, there’s also a sign-up bonus of 50,000 points after you spend $4,000 on purchases in the first 3 months from account opening (which equates to $750 toward airfare, hotels, car rentals and cruises when you redeem through Chase Ultimate Rewards.)

There are few other ancillary benefits, but these are the major ones.

Is This Card for Me?

Let’s look at how the card’s benefits stack up for me personally.

As you know, I’m not a big credit card points guy. I’ve tried travel hacking and my conclusion was it takes a lot of time and effort to get marginally better (if any better) results than straight cash back cards which take zero time and effort to use.

So for the Chase Sapphire Reserve card to make sense for me it had to be a good deal without a lot of hoop jumping involved.

So looking at the most obvious card benefits, here are my topline conclusions:

So the question is, do the other benefits make it worth it? Let’s look at each of the major benefits detailed above:

So where does this net us? A few conclusions:

The Card that Works Best for You

Just yesterday, after this post was put to bed, a friend suggested that the Chase Sapphire Preferred card might be a better option. It has 60k bonus points and only a $95 annual fee. Thought I’d mention it here and get your thoughts.

That said, I realize people are different and get different cards for different needs. What interests me may or may not be the right choice for you.

So that’s my take on the Chase Sapphire Reserve card. What do you think about it? Anyone have one? I’d be especially interested to hear from you.

But most of all, I want to know if anyone reading this wants to come to Colorado to play pickleball and chat about money. 😉