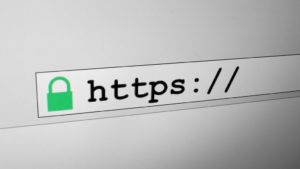 One year ago today I published my first post. What else would it be called other than Welcome to ESI Money?

I thought I’d share an update with you on what’s happened since and my plans for the future.

I’ll dive into the business side of blogging as I hope to make this site a decent post-retirement income stream. I thought you’d be interested in seeing if I can do it! 🙂

Let’s begin with what I’m trying to accomplish with ESI Money. My objective is to generate a meaningful income to diversify my retirement income streams. Ultimately, I’d like ESI Money to generate $20k per year in income.

While this is the main reason I started the site, there are other benefits such as:

I plan to achieve the site’s goals by providing compelling content from an experienced source that has great benefit to my readers.

I’m working on the “compelling content” part. I’m a work in progress.

But I’m better on the “experienced source” scale. This is what makes ESI Money different, as I detailed in What Makes ESI Money Different. I write about what has and hasn’t worked for me to help readers do better with their finances than they would do otherwise.

Now that you know what I’m trying to accomplish and why, let’s review a bit of history so we’re all on the same page.

I started ESI Money when I got the sense that my job wasn’t a long-term proposition. At that point I didn’t think I could retire financially. (I later ran my retirement numbers and found out I did have enough to make the move.) So I wanted an extra income that I thought I might need sometime down the road.

There’s also the challenge of starting a new site. As many of you know, I had a very successful money blog several years ago. I want to see if I can replicate that success or even surpass it. In addition, a new blog allows me to start fresh, to include the things I think are most valuable, and cut out the rest (I learned not to talk about politics and religion). 🙂

I worked with a designer in the fall of 2105 to create the site. We spent a couple months building it.

It launched on November 28, 2015. I started posting the basics (like an about page) for the next month, then went to two posts a week in January. I moved to three posts per week in August and four posts per week in September.

We’ll get to the business metrics in a minute. For now let’s review some basic blog stats (the numbers will be off slightly since I’m writing this a few days before it posts, but they are close):

I created a rough three-year plan as part of the site’s development as follows:

This is all I set out to do in year one. Of course I didn’t know when I began that I would be retiring, so the goals were quite modest. I’ll comment in a minute on how I did, but let’s review the next two years first.

As you’ll see from above, years 1 and 2 were almost completely focused on driving traffic and not until year 3 did I plan to monetize.

Then things changed, I retired, and I suddenly had lots more free time. Here’s what I actually accomplished in year one:

So I made quite a bit more progress than I expected. As such, my results were better than expected.

I set off a bit unsure what was realistic goal-wise so I took a guess at what I thought I could hit on key metrics. I also developed stretch goals in case I blew past the first set.

So overall it’s a good start. Still lots to do though.

Where We Go From Here

So where do we go from here? A few thoughts:

Feedback and a Favor

That’s what I think. But what really matters is how you are feeling about the site. So please leave me your thoughts and suggestions below. What topics should I write on? What site enhancements would you like to see? What sort of feedback do you have for me? I’m open to anything and appreciate any thoughts you might have.

Also, before I leave I’d like to ask you for a favor. If you get any value out of the site (or even a particular post), would you please share it with others by email or social media? I’d certainly appreciate it.

With that said, let me close with a big THANK YOU to you for reading this site. I know your time is valuable and I appreciate you reading ESI Money. A special thanks goes to those who leave such insightful and valuable comments. Without you, the site would be a shell of itself.

Here’s to year #2 and becoming wealthier together!!!!