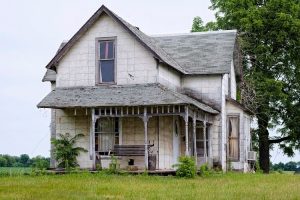 If you look around the web there are a whole host of suggestions on what the “right” or “best” percentage of your income can be spent on a house.

Today we’ll look at a couple of methods that suggest what you should budget for a house.

I’ll also share what we’ve done through the years and my recommendations on what to spend when you buy.

Obviously, this is less than optimal for the buyer, but we’ll get into that later.

For now, let’s explore some general guidelines on what a person should spend when they buy a home.

The standard options are different takes on the (mostly) same numbers: house cost and gross earnings. One method simply uses monthly numbers while the other uses total/annual numbers. Let’s look at them both.

The first method we’ll look at is percentage of gross income. This basically says you should spend up to a given percentage of your gross monthly income on a house.

If you need help determining what’s recommended for you, here are some calculators I found by Googling a bit:

Each of these takes your personal information, looks at the market you’re in, and assigns an amount you can afford based on a percentage of gross income.

Or if you prefer you can take a more general approach. Money Under 30 lists the following rule-of-thumb guidelines:

Your maximum mortgage payment (rule of 28): The golden rule in determining how much home you can afford is that your monthly mortgage payment should not exceed 28 percent of your gross monthly income (your income before taxes are taken out).

Your maximum monthly debt payments (rule of 40): Finally, your total debt payments, including your housing payment, your auto loan or student loan payments, and minimum credit card payments should not exceed 40 percent of your gross monthly income.

These are standard guidelines that I’ve seen on many sites and get you in the ballpark of what you COULD spend.

An alternative option is using the number of times gross income method. This post lists home affordability based on house cost divided by gross annual income. It offers several perspectives which suggest that a buyer can afford a home somewhere between 2 and 5 times his gross annual salary.

That’s a pretty big range, so the post goes a bit deeper, does some calculations, and comes up with a consensus number of around 3.5 times. Thus if you make $100k per year you can afford a house worth $350k.

Both methods give you the maximum amount you should pay under each scenario. But is maxing out your home cost the best option to grow your net worth? If you’ve read my post on how to buy a home and pay it off in 10 years, you know the answer. 🙂

Here’s what I said there:

Buy a house you can easily afford, putting at least 20% down. What’s a house you can afford? It’s one that fits into your budget after you look at all the costs, including both the house itself and the costs associated with home ownership. It’s also a house that leaves a bit of room in your budget for unexpected events and emergencies, not one you have to stretch financially to afford. It’s also a house that allows you to keep on saving for your other needs like retirement and education costs for the kids. Lastly, it’s a number YOU determine, not one that the bank (who wants you to borrow as much as possible) gives you.

In other words, you need to develop a budget and know what you can afford. And leave in some wiggle room too. Then YOU tell the bank and your agent what you’re willing to spend. They don’t tell you.

Only this way will you know that you’ll get a home you can afford and hopefully be able to pay off much faster than your mortgage calls for.

I’ve already shared the cities we’ve lived in but I thought it would be fun to go through them and compare house costs versus income. This way you can see how the relationship between the two played out in helping us build our net worth.

I’ll only use the cities where we were married (I’ll skip the ones I lived in before I got married). I’ll also use the ratio at the time we bought the home (obviously our incomes went up during the times we lived in each place, making the ratios better).

Thanks to Quicken and tracking our financials for 22 years, I have the data. 🙂

A few comments on these:

Not only were the house costs versus income numbers interesting, but as I dug through Quicken I started to look at housing costs versus net worth as well. Here are those numbers:

Not much to say here other than the house values stayed the same/went up slightly while net worth exploded. The fact that our home is currently only 12% of our overall net worth (or actually it was when we bought it — it’s now about 11%) is nice.

So where does this lead us? The wrap up:

If you take these steps, your net worth will thank you. 🙂