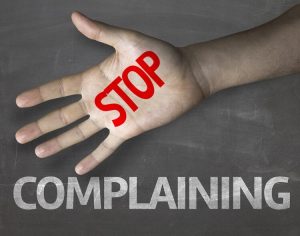 Warning: This may get a little rant-y. But I’ve had it.

I’m in a mood after so many recent interactions from those who want something for nothing.

Unfortunately my experience with this is not just a recent occurrence.

Let’s do a quick review of a few ways I’ve seen this attitude play out over and over again.

Counseling Those in Money Trouble

Many of you know that I got my personal finance start by counseling people in money/debt trouble.

My wife and I were part of a national organization that would refer people to us — those from our city — when they wrote in to HQ asking for help. We did this on a volunteer basis.

One of the policies was that we were not supposed to contact those requesting help. We would get a referral including the person’s name, address, and phone number, but they were to initiate contact. We were sent their info so we were aware that they might be calling. But we were not to call them.

Here are the rough results we saw over and over again through several years:

If you’re keeping track, that gets us down to 1.6% of those who wrote in were committed enough to attend at least to two meetings.

The reason? Most of them wanted a fast fix.

They wanted a 60-minute solution to a 20-year problem. When it was clear that didn’t exist, they cut us off.

But those people were at least committed enough to meet us. Most didn’t even want to invest any time in fixing their finances.

As we got more entrenched into helping people with their money, our friends and family started asking questions.

They probably had money problems of their own and wanted help. Or perhaps they were just curious.

Once they saw that our recommendations required effort and self-control, we often got comments like, “Oh, I could never do anything like that” or “That seems too restrictive.”

On this site (not much, but a little), my former site (some more), and the blogs of many others (a lot more) I see the same line of thinking across the web.

People put up arguments (what I’d call excuses) as to why they can’t do this or that. Why certain things are too hard. Or why this or that can’t be done.

People bemoan the fact that they aren’t wealthy and yet their lives are characterized by inaction. They want to do nothing and somehow become wealthy.

Not long ago, author Jean Chatzky posted this:

1,600 comments later, every excuse in the book was thrown at her on why these were totally unrealistic numbers.

Shame on Jean for suggesting that people actually have financial goals and then save to meet them. What was she thinking? Doesn’t she know that there’s NO WAY anyone could save that type of money?

Switching the subject a bit from money to blogging, the same issue holds true.

You wouldn’t believe the number of bloggers who think they can build a site, post a few articles, then sit back and watch the money come in.

And heaven forbid they would spend any money marketing their site. After all, that’s how new businesses work, right? You simply “build it and they will come”.

This is why so many blogs go under. People expect they can do little to nothing and make it rain financially.

It doesn’t work that way. You need a plan, hard work, and to invest some cash to come up with a viable, money-making blog.

What really gets me irked about this “something for nothing” attitude is when I run into people at the gym, the store, restaurants, conferences, airports, and on and on who I chat with a bit.

The conversation inevitably comes around to what I “do” and I say I’m retired. They usually respond with something like, “Wow, that would be nice!” (I actually had one guy ask, “Is that possible?”) Ha!

When I explain to them that the basics come down to E, S, and I and I lay it out there, they say, “I could never do that.”

And yet they want the result.

Well, if you want what I have, you have to do what I’ve done. It’s that simple. It’s not going to fall into your lap.

I talked about this in one of my very first posts titled Why You May or May Not Want to Listen to Me where I said:

One important point before we move along. You can’t simply pick and choose from what I say and expect the same results. If you do what I’ve done, you should get similar results. If you don’t, your results will vary. That’s ok, I’m 100% fine with you picking what works for you and what doesn’t. But I’m just giving a word of warning that you can’t take what you like, discard the rest, and hold me accountable for your results. That’s just not logical.

That’s not to say that I have the only path to financial independence. I don’t. But whatever your path to wealth you need to work the ESI Scale in some way so that you are able to save and invest what you earn, then turn that into a nest egg that can support you.

There are many ways of doing that, but they all take some sort of commitment, discipline, and sacrifice. They don’t just happen on their own.

It doesn’t matter one bit to me what you want to do or don’t want to do. That is your business and your life choices. But quit complaining that you don’t get the results without putting in the work. It’s unrealistic to expect that would happen and you’re not doing yourself any favors. Plus you’re aggravating me along the way.