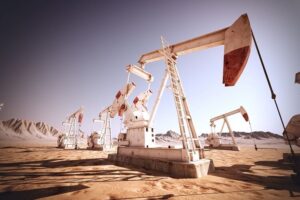 It will feature discussions with everyday people who have grown their incomes to at least $100,000 annually.

These days much of this sort of discussion is contained in my Millionaire Interviews posts, but the following originally appeared on my former site. It ran in February 2014.

The series started because many readers were asking how to grow their incomes. So in addition to posts I would write about managing/growing your career, I wanted to include stories on how others did it.

I figured the more examples people had, the more they could learn and then apply to their own lives to make more money.

The principles below still hold true today, which is why I’m running this post. There are several more like it to follow in the coming months.

After the interview, I added my own thoughts on what this interviewee had to share.

I live in a major city in south east Asia.

I grew up overseas so to me the US is the ‘foreign’ country and I prefer to stay overseas for the foreseeable future.

I’m an engineer in the oil industry

My net take home is broken down below:

I do not have to pay any taxes on this — the company covers that for me.

My company provides an average 401k match — they match dollar for dollar up to 6% of my base salary.

There are no stock options or profit sharing, and as a private company there isn’t even stock for me to buy.

I started working on the oil rigs right out of university (mechanical engineering), did that for 5 years then switched into office based work for the past 7.

I still get out to the rigs if required, but its only for specialized tasks.

Here is my salary breakdown since I started working (unless otherwise stated these numbers don’t include my housing and transportation that was paid for by my company, these are also all net pay after any taxes I had to pay):

The best raises I ever received were when changing companies. While I was doing well it wasn’t until Company 4 that my salary really rose.

I think the biggest factor in getting raises is to know your worth and to always maintain your reputation.

While the oil field is a global industry, employment is very local. I got my first job as I was willing to work on a rig in Saudi Arabia right after Sept 11 while most westerners wouldn’t, and since then I’ve gotten every other job based on people knowing me and the work I do. My CV is just an afterthought they need to have after they’ve already given me the job.

My situation is not uncommon, everybody I know gets jobs the same way. If you have a good reputation word gets around, same is true in reverse. Given that the price of a cheap oil well can be $5 million, giving you an extra 10 or 20 grand a year is insignificant if you are the right person for the job. Keep that in mind when negotiating a raise or a new job — if you are the right guy and all it takes is 20 grand, they’ll do it.

Also, I’ve never shied away from the hard stuff, the work on a rig in the Sahara desert that sucks but is a good learning experience. You do enough of these types of things over your career and suddenly you are the go-to guy for everything as you are the only guy (or girl) who’s ever done it or knows it.

For example, in 2010 I spent 2 months roasting in the Sahara on a rig camp, 300 miles from anything resembling civilization, and in addition to receiving a large financial bonus I am now one of 3 people in my company who have ever operated a specific type of equipment. While this is hard on the social life and/or family life, it pays off later on.

Which of the following career advancing strategies did you employ (if any) and which were most effective: a. Doing well within your current company and being promoted. b. Jumping around from company to company always seeking a higher salary & responsibility. c. Entirely changing your career path from a lower earning field to a higher earning field (going back to school, etc).

I started with option A, working for Company 1. I was good at my job and was promoted, eventually running our rig operations. However, I quickly realized that as my company couldn’t get replacements for me (it’s tough to find single guys wanting to live in the desert for too long) and the pay structure is very strict (I was already near the top of the salary scale for my job category) I knew that for my sanity and my salary I’d need to make a change.

I had met many people up to that point so had good contacts at other companies and contacted a good colleague about coming to work for him (he’d been after me for a number of years). He made me a better offer and off I went, and then proceeded to change jobs 3 times in 3 years and now I’m back working for that same colleague (but at a different company, Company 4).

The largest lump sum raises will be when you change companies. If the new company is hunting you it has to make it significantly better for you. There are many costs associated with changing jobs, especially overseas where that often can mean changing countries, and if their offer isn’t at least 20% better than your current deal most people won’t take it. Nobody packs up their family and leaves their old life behind for a new country for a 5% raise unless they are running from something (or have other non-financial reasons to move).

More of the same.

There has been a bunch of restructuring at the company which means it’s a good time to test the waters. I’m looking around again to see what is out there so that when I discuss salaries for 2014 and onwards I have my numbers straight.

If I know what Company X will pay me I have a baseline to discuss with my current company.

No idea. I kinda fell into the oil field (wanted to be a scuba diving instructor, figured I’d do the engineering thing in the oil industry for 1 year and then quit…that was 13 years ago).

I travel a lot (250,000 miles a year for the past 5 years) so that’s hard on me and my wife. With our child on the way I think that has to change, but with my current job I’m not sure how. I have always liked teaching so part of me thinks I should quit the oil field and go teach but I’m not sure.

I’m very good at planning finances and saving my money, but when it comes to long term career planning I’m not good at it (or I just don’t like it, either way it doesn’t get done very well).

Have you been able to turn your income into a decent net worth?

My net worth is broken down the following way:

We’ve also been very consistent with investing. Even in the worst parts of 2008 and 2009 we were still putting 60% of my salary into mutual funds.

Things have improved a bunch since then (at least in the stock market) so those funds are worth way more now.

We can survive nicely on 40% of my salary so may as well save the rest. Neither of us are big shoppers or have expensive tastes in toys so that’s never been an issue.

Know your value and find your edge.

On finding your edge, find something that makes you different and more valuable than the other guy. Every industry has its experts, but most of the time a guy who knows 80% as much is still good enough, so you don’t have to be the absolute expert, you just have to be pretty good that for 80% of the problems you can solve them.

I’ve never been an expert at any of the tasks that my jobs require, but I’ve been pretty good at all of them, so I can do 80% of everything. Or, to put it another way, I’m useful 80% of the time.

Some of my colleagues are experts at one thing, but that one thing is only useful 20% of the time and the rest of the time they twiddle their thumbs. Granted, being an expert can sometimes mean you can get paid exceptional salaries if your area happens to be in high demand, while a generalist rarely makes a killing. But then again, once things change the expert can quickly be unemployed while the generalist can always find work.

Also, don’t be afraid to move around. When I read in the US of high unemployment in various places I am shocked as in the oil industry, say in North Dakota, they are screaming for people (actually, just warm bodies, they’ll teach you what you need to know). I know it’s cold there but it’s a good paying job and who knows where it leads (I never expected to stay in the industry for more than 1 year).

I’ve lived in 4 different countries for work and have travelled to probably 50 others for part-time stuff and it never killed me so don’t sweat it. I think if you refuse to move locations for work you are really limiting yourself.

There are lots of great learnings in this interview. Here are a few career-growing ideas I think are worth mentioning:

Tons of great lessons in this interview! Did you see any that I missed?