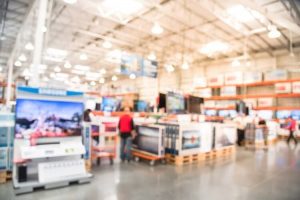 I am a big fan of Costco.

It’s one of the brands I love.

We have shopped there for years, first in Michigan and now in Colorado.

Of all the stores where we shop, it’s probably my favorite.

That said, Costco does have its faults like any other store.

So I thought I’d post what I love and hate about Costco and let you chime in with your opinions as well.

What I Love About Costco

Here are some of the reasons Costco is a top choice for us:

There’s more I love about Costco, but these are the highlights.

Besides, I wanted to leave some for you to add. 🙂

What I Hate About Costco

Of course it’s not all rainbows and butterflies. There are some things I don’t like about Costco, including…

These aren’t big issues for me, but they are nuisances.

So, that’s my list of the pros and cons of Costco. Anyone have anything to add? What did I miss?