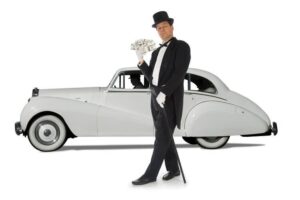 Who would have ever thought we’d make it to 300 millionaires interviewed?

When I started this process over five years ago, it was a concept that I had initially developed for another site.

I liked it, so I made millionaire interviews a part of ESI Money.

We’re now at three times that and more are coming.

These millionaires take significant time and effort to share their stories with us and for that I thank them.

The principles are almost always the same (as we’ll see), but their journeys are unique, which makes them interesting.

In today’s post, I’m going to detail the stats behind the 300 millionaires. I’m not going into a ton of learnings because, as you’ll see, they are the same as we’ve covered previously. That said, I am re-running the section where I listed the three big findings when I summarized 200 interviews. I bet you can guess what those three are. lol.

And to start a fun, new tradition each time we add another hundred millionaires, I’ll be giving away $300 in Amazon e-gift cards at the end of this post.

I have summarized millionaire interviews in the past, so if you want to dig deep into what we’ve discovered, check out these:

I’m listing these as they contain all the information anyone will need to discover the habits and actions of millionaires.

When we completed 100 interviews, I did a pretty comprehensive analysis of millionaire financial habits.

After 200 interviews, the habits were simply reinforced — it was more of the same. So I didn’t go as deep.

And now after 300 I can see that it’s more of the same. So there’s no use in doing a new post when the findings are identical!

That said, I do want to document the basic facts/stats now that we have 300 completed, so let’s do that…

As I’ve done throughout this process, let me make a few things clear. Here are my caveats/clarifications before we get started:

The Numbers from 300 Millionaire Interviews

Here are the averages/totals based on various measures from the 300 millionaire interviews:

After 100 millionaire interviews I posted 13 Surprising Facts from 100 Millionaire Interviews and What We Can Learn from Them.

Today I’m going to comment on three. The main three. We’ll do this in typical E-S-I fashion, focusing on what millionaires have taught us about earning, saving, and investing…then adding in other thoughts at the end.

They not only earn, but they earn a lot and in multiple ways.

Most started their careers at the bottom, earning salaries most people would consider low.

But from there they applied themselves, worked hard, grew in skill and knowledge, and turned their careers into money making machines.

These all combine to produce large sources of income that allow them to live great lifestyles and still save and invest a ton.

Yes, millionaires save, but they aren’t exactly living a frugal existence.

Because they have high incomes, millionaires are able to save a large percentage of their incomes (over 50%) and still live a very nice lifestyle (spending $90k a year). Many of these have no debt at all, so $90k without a house payment is a very high level of spending indeed.

We have to step back a bit because someone (I know they are out there) will say something like “I can’t save 50% of my income so I guess I’ll never be wealthy!”

Just remember that the numbers these millionaires are reporting is where they stand now — not where they stood 30 years ago.

Most started out the same place I did. They had a decent (not great) job, watched their pennies and dollars, and saved whatever they could on a tight budget.

Then as time went on their incomes increased at a faster rate than their spending. That’s how they got where they are today. They didn’t start out earning or saving a ton. It was years of work and discipline that got them where they are now.

Millionaires take the excess cash they have and invest it which…either grows or adds more income (or both) making them even wealthier.

These continue to compound over time to create a substantial level of wealth.

Regular readers should not be surprised at these findings.

After all, this is the framework for the entire site — earn, save, and invest. (For those of you who don’t know, that’s what “E-S-I” stands for).

I didn’t come up with the name by accident. I had two advantages when I started this site that helped me get the concept right:

This is how I came up with the site name and philosophy which we have all discussed throughout the years.

That’s why it’s no surprise (to me at least — and likely to many of you) that this is what the millionaires we interview did to become wealthy.

As we go past 300 interviews and work our way to 400, I don’t see much changing. The stories will all be different, but the principles are going to be consistent. Earning, saving, and investing (over time) is the tried and true path to wealth.

I have $300 in Amazon egift cards to give away today to celebrate 300 millionaire interviews!

Here are the details of the giveaway: