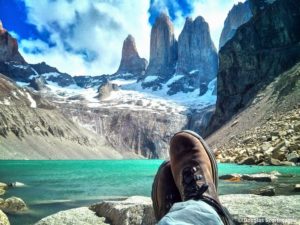 Last time in this series I shared some of my career history by detailing a job where I experienced promotion, success, and failure. Today I want to continue the story by giving details on the next position I held.

If you recall, we left off at a point where my career had crashed and burned a bit (not that bad really, but way down from where it had been.) The company was a shell of its former self. People were leaving, being fired or being “reassigned” left and right, new management was coming in, and everything was in chaos. It was a real mess. (It was so bad that some people quit without having found another job. Yikes!)

In the midst of this, I decided I wanted to leave as well. But I wasn’t about to make the quit-without-a-job mistake. So I put my feelers out with several headhunters (which was easy to do because I worked for a well-known company in a well-known field and had had some great successes.) Over the course of a few months, I had three job opportunities that progressed to the point of a job offer (or close to it) all in my field (marketing).

Here’s a quick rundown of the options:

Lots of options to consider, huh? It was a crazy time for me to be sure. Here’s how everything sorted out:

After a week or so, Company C called back and said they had a new spot and they wanted to interview me again.

Here’s the short version of what happened next:

So we were off to a new city, a company I loved, a job I loved, making a ton more money, with a great title, and saving the world as well. I was in seventh heaven.

I realize I haven’t even talked about the job itself yet, but the process of getting the position was so involved that I thought there were lots of learnings simply from it. Here’s what I learned:

Well, that’s it for today. Next time I’ll detail how I did in my new job. The quick answer is “GREAT.” But stay tuned to the series. As we’ll see, the adage “what goes up must come down” eventually applies here as well.

For the next post in this series, see My Jobs, The Dream Job Turns into a Nightmare.