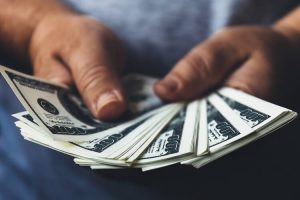 The book conducted a survey of 10k millionaires, discovering their demographics, lifestyles, beliefs, and so forth.

Today we’ll get into the book’s second part and the real meat it has to offer.

This section begins with the author (Chris Hogan) listing the five attributes of millionaires.

They are as follows:

Don’t worry if some of these statements don’t make sense to you yet. This post and a follow-up one will get into what each of these mean as well as my thoughts on them.

Let’s begin by reviewing what “millionaires take personal responsibility” means according to the book.

This section begins by Chris recounting the sorry state of the average American’s finances (which I think we all are well aware of), and then he says this:

Some things — most things, in fact — are your fault. Your ups and downs, your wins and losses. They’re on you.

He talks about how many people don’t believe this and simply want to cast blame for their failed efforts on others.

In other words, they don’t take personal responsibility.

Chris then contrasts this attitude with how millionaires respond:

I know there really are obstacles out there, but I also know millionaire-minded people don’t let those obstacles get in their way. Instead, they find a way around — or, better yet, through — whatever gets in between them and their goals.

Focused, driven, and responsible people find a way to get the job done, and that starts with taking personal responsibility for solving the problem themselves.

He goes on, but I’ll leave that for when you read the book. Besides, I think you get the idea.

I have to agree that there’s a general lack of personal responsibility when it comes to personal finances (it’s not just finance IMO, but that’s our focus here.)

They want the results (to become wealthy) but they don’t want to take the appropriate steps.

By contrast, millionaires take the responsibility for wealth-building on themselves and then take action to make it happen. This is one key reason they are successful.

How Personal Responsibility Plays Out

In addition to having a general personal responsibility for their results, millionaires also take specific steps (and avoid others) to become wealthy.

The book lists these as follows:

Overall, I think the point here is that millionaires take matters in their own hands and act accordingly. They don’t wait around for someone else to do it nor do they spend their lives doing nothing and then blaming others for the fact they are not wealthy (which is quite common in America today based on the comments I get every time a post hits the mainstream media.)

Moving to the second key attribute, let’s talk about the book’s finding that “millionaires practice intentionality.”

Here’s how the book describes being intentional:

You see, nobody accidently ends up retiring with millions in the bank, just like no football team accidently wins the Super Bowl. These victories come from a ton of hard work and thousands of daily decisions.

I like to describe intentionality in terms of deciding versus sliding. When you decide to do something, you’re in control. You’re making a conscious choice about what you want to do, and you’re taking the time to measure the pros and cons. You may not get it right every time, but you’re being intentional about what you do with your life. You’re [making things happen] instead of letting things happen to you. Instead of drifting through life, you’re hopping in the driver’s seat with your GPS locked on your destination.

Compare that to what I call sliding. When you slide into a decision, you’re being a passive passenger in your own life. You’re just going with the flow, drifting wherever the current takes you. You aren’t in control of anything, and you have no idea where you will end up.

The millionaires we studied weren’t surprised by where they ended up. They arrived at the destinations they had worked toward their whole lives. And they did it one decision at a time.

Wow. This guy is dropping truth-bombs all over this book!

A few things I want to chime in on:

I could probably go on and on in this line of thinking, but let’s move to the book’s list of the various ways millionaires are intentional.

Here are some of their findings:

If you want the rest of the story, see part 2 of this series where I detail the last three attributes and wrap up my coverage of the book.