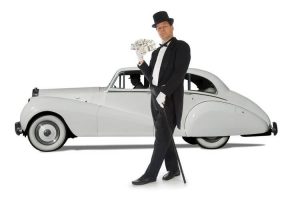 This is a follow up to the post Five Attributes of Millionaires, Part 1 which featured information from the book Everyday Millionaires

The book conducted a survey of 10k millionaires, discovering their demographics, lifestyles, beliefs, and so forth.

Last time we shared the five attributes of millionaires.

As a reminder, they are as follows:

The last post detailed and discussed the first two attributes, so this time we’ll do the last three.

Here’s what the book has to say about the fact that “millionaires are goal-oriented”:

Our research found that 92 percent of millionaires developed a long-term plan for their money, compared to 60 percent of the general population.

That means these men and women are always thinking ahead — not just to next week or next month, but well into the next decade. They know what they want to accomplish, and they’re putting their money to work to make it happen.

It’s not a surprise that millionaires are goal-oriented. After all, small steps of progress over time add up to big things, and money is no different. By looking well ahead and planning for it, millionaires almost guarantee their own success.

What is a surprise is that 60% of the general population has developed a long-term plan for their money.

This is either over-stated by the general population (there’s often a large difference between what people say they do in a survey and what they actually do) or the definition of “long-term plan” is rather loose. I just can’t believe 60% have a solid, well-developed plan for their future finances.

The book supports their conclusions with the following:

Overall we again see millionaires doing the basics of solid money management over time. You’d think they knew what they were doing!

The fourth attribute from the book is “millionaires are hard workers.”

Here’s what the book’s author, Chris Hogan, says on this topic:

I’ve heard excuses from so many people about why they can’t get ahead financially. They whine, “I don’t have enough time” or “I’m not smart enough” or “My job doesn’t pay enough.” Whenever I hear this garbage, I always tell people it’s not about how much time you have, how smart you are, or how much you make; it’s about what you do with what you have and how hard you’re willing to work. That’s usually when someone will come back with the excuse that really burns me up: “But Chris, you don’t want me to become a workaholic, do you?” Oh, please.

Ninety-nine out of a hundred millionaires said their friends and family members would describe them as hard workers. This is the behind-the-scenes reality most people never consider when they think about how a typical millionaire built their wealth. The truth is, hard work looks like luck to the outside world. In fact, I’d say that hard work is practically invisible to those who don’t work hard themselves. They can’t picture themselves sacrificing and saving for twenty or thirty years straight, so they think no one else can either. What some people see as luck is just a matter of discipline, sacrifice, persistence, and good, old-fashioned hard work.

He has a great no-nonsense style that I love and he doesn’t hold back from the truth-bombs — even if people don’t want to hear them!

Anyway, a few things I want to highlight from the above:

To support the attribute that “millionaires are hard workers”, the book lists the following:

The book The Millionaire Next Door

cautions against what it calls Economic Outpatient Care. It’s described as follows:

Economic Outpatient Care (EOC) is a term used to express when an affluent parent provides money to an adult child. Besides offspring observations resulting in Under Accumulators of Wealth (UAW) children, EOC is a contributing factor to the passing on of the UAW belief. Offspring who receive EOC have 98% of the annual income compared to their counterparts who are not recipients of EOC. In comparison, they also have 57% of the net worth.

EOC gives recipients a false sense of financial security. For this reason they purchase homes in upscale neighborhoods that exceed the recommended value according to their incomes. Thirty percent of American families live in homes valued at $300,000, yet only earn an annual income of $60,000.

These homes then demand nice cars for the driveway, nice furniture for the living room, and a nice plasma TV to complement the furniture.

These offspring also purchase and consume the EOC rather than invest it. If a dose of EOC is given on a regular basis, the EOC can actually be absorbed into the individual’s perceived annual income. Expenditures are then calculated with the anticipation of a regularly scheduled dose of EOC.

So millionaires seem wise not to give out EOC.

In the end I would agree that hard work is part of the millionaire equation. Very few gain good levels of wealth by sitting around and waiting for something to happen.

Here’s what the book has to say about “millionaires are consistent”:

“We are what we repeatedly do. Excellence, then, is not an act, but a habit.” Aristotle

Aristotle observed in the fourth century that the secret to excellence is simply doing the same things over and over again. We have a word for that today: consistency.

Consistency is the key that brings all these millionaire attributes together. You can take responsibility, you can be intentional, you can set goals, and you can work hard. But if you don’t do these things repeatedly — year after year, decade after decade — then you’ll never get the results you want.

Millionaires don’t change their plan midstream if it’s working for them and they don’t stop half-way to the goal.

If you want to become one of America’s millionaires, you’ve got to commit yourself to the long, hard work of getting there.

One of the questions I ask millionaires is:

What are you currently doing to maintain/grow your net worth?

Almost all of them answer, “Staying the course.” (i.e. doing more of what got them to millionaire status)

And why not? It’s working, so why not just stick with it? That’s consistency!

Of course if it’s not working, they would adjust. But they are millionaires, so something’s working…

The book gives the following findings to support this attribute:

In the end, Millionaires are consistent — not only in their finances, but apparently in their lives overall. It’s an attribute that serves them well.

So that’s it for the book. We’ve covered the myths people believe about money as well as the five attributes of millionaires.

Now it’s time for you to chime in. What do you think about the book?