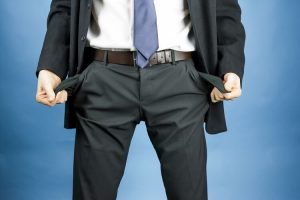 I’ve been thinking about this issue for some time now. And since I had fun digging into my financial independence numbers I thought I’d do a few more math gymnastics to see how much I had “lost” by retiring early.

I had considered this idea a while ago, but what prompted me to finally write about it was a conversation with my mom.

She and my dad have been working on retiring for some time now. They are in no hurry though and things that could be done in days or weeks are taking them months. I’m wondering if they will ever retire.

As we were discussing this, she told me that my dad said he wants to retire but just “can’t give up all the money he’d make” (he owns his own business and has been doing well despite trying to down-shift.)

Almost on instinct I asked her what she thought I gave up when I retired at 52 since I made 5x what my dad makes.

From there it was just a short jump to “I should write about that.” And here we are.

So let’s do some math and see what I’ve given up.

Before we do that, we need to make some assumptions.

The first set of assumptions is probably the easiest: how long would I have worked if I had not retired at 52.

For the purpose of this exercise I’m going to pick 65.

If I used 60, that’s still early retirement and we’re trying to figure what I would have made if I had not retired early.

If I used 67, it just seems like it’s too old — I would never wait that long to retire.

Now that we know the number of years I missed, we need to project what salary I would have earned during those years.

I’m sure you know this is going to be a relatively high number because:

I want to include only salary and likely bonuses — not the value of benefits like 401k matching and health insurance. Otherwise with could go down a huge rabbit-hole with one assumption after another until the whole premise became a joke.

I know my earnings wouldn’t grow at the rate they had up to the point where I retired, so I wanted to pick a single number and use it throughout the entire time. I also wanted to be conservative, if anything. In other words, what I actually “lost” is probably higher than the number we’ll end up with in this exercise.

Given where my salary was when I retired and the sort of jobs I might want to take during the lost 13 years, I ended up selecting $250,000 per year as the cash compensation I gave up. FWIW, my average cash compensation for the last five years I worked averaged just over $300k annually. (BTW, for those wondering why anyone making that salary took so long to retire, remember 1) I didn’t make that much all my working years — it took 28 years to get to that level and 2) while we didn’t spend much, taxes and giving took almost 50% of our earnings).

How Much Would I Have Saved?

But how much of this would I have saved?

On the low end, we could use 36% of gross income since that’s what we averaged during my working career.

On the high end, we could use 100% (less taxes) since I make enough from other sources to cover our living expenses. Taxes took an average of 21% of our income while I was working, so this means we could have saved 79% of the total.

So the number is somewhere between these two. I’m going to go with one smack dab in the middle — 58% of the total. We would have probably given some of the 79% away and we would have been a bit looser with our spending, so 58% seems viable.

How Much is That Worth?

Of course we wouldn’t have literally “banked” that money. We would have invested it.

So the next question is: what is the value of $145k invested at a given percentage rate over 13 years?

This only requires the selection of one new number — the return rate.

In my case, I’ll use 8% as that’s been my go-to assumption return for years.

So that’s the answer: I gave up $3.1 million by retiring early.

What Do I Think of That?

There are two main thoughts I have on this:

$3.1 million is nothing to sneeze at. It’s less than my net worth now, but it would still be a nice chunk. Even if I gave it all away, think of the good it could do…

2. It was totally worth it.

There are several reasons it was worth giving up over $3 million:

What’s your take on the issue?