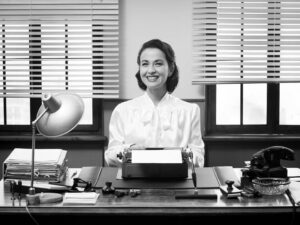 As long as I’ve been blogging (which is over 15 years at this point), people have always been very interested in how to become wealthy while earning a low (or lower) level of income.

I think this is because of a couple reasons.

First, not everyone can be a doctor, lawyer, executive, etc. I get that. Earning $250k+ is not an option for most people.

Second, I think people generally want the easy road to wealth. If they can be shown how to become wealthy without having to put effort into their careers, they’ll take that. Of course. Becoming wealthy with zero effort is the American ideal, right? LOL.

So as I’ve done in a couple other posts (see You Can Become Wealthy with a Lower Income and Examples of How to Get Rich on a Small Income) today I’ll share some stories of people who became wealthy with limited earnings.

Before I do that, I have to state a few caveats as follows:

Ok, with those things said, let’s get to some examples…

A Secretary with $8 Million

We begin with this story from The Motley Fool…

Sylvia Bloom worked for 67 years at a major New York City law firm, Cleary Gottlieb Steen & Hamilton. Her death in 2016 made headlines because of her great generosity — she left $6.24 million to the Henry Street Settlement social services organization as well as bequests to other organizations. She amassed $8.2 million over her life, and if you’re assuming it’s because she was a big-time Manhattan lawyer, you’d be wrong. She was a secretary from Brooklyn, who earned a college degree while working.

It doesn’t say how much she actually earned, but implies it wasn’t a huge amount.

So what did she do? She lived on less than she earned and invested the difference (by buying the same stocks her boss had her buy for him).

As we’ve said, if you’re not as strong in one of the E-S-I areas, you need to be very good at the others.

She was extra good in a couple ways:

As you’ll see, this pattern is common for those who become wealthy on lower incomes.

FYI, the article also shares three other stories as well:

Again, not great earners but very good savers and investors — mostly because they picked the right companies and invested for the loooooooooong haul.

Next we have the story of a can collector who died a millionaire.

Curt Degerman was a man who kept to himself. Around the town in Sweden where he lived, he could be seen riding his bike or rummaging through trash bins, collecting bottles and cans to be recycled, and eating leftover scraps of food. Like some might assume from his humble lifestyle, Curt never completed school, married, or had a family of his own. So, when he passed away in 2008 at the age of 60, many thought that Curt left little behind–but that couldn’t be further from the truth.

According to the BBC Brasil, when it came time to sort through Curt’s estate, it was discovered that he had amassed a fortune totaling nearly $1.4 million.

What no one knew was that, after making the rounds to collect recyclables from trash throughout the city, Curt spent hours in the local library pouring over financial newspapers. Over the years, he became an expert on the stock market, investing the modest sum he earned from recycling in stocks and mutual funds, valued at close to a million dollars.

Once again, not great on the earning part of E-S-I, but VERY good on the saving and investing parts.

And he had a very unique skill set. he had the drive and hustle to collect cans for money but also the smarts and intelligence to read about/study/pick stocks.

What is it with secretaries? They seem to be killing it financially!!!!

We end with this story:

She lived in a tiny one-bedroom cottage in Lake Forest, Ill.

She bought her clothes at rummage sales, didn’t own a car and worked most of her life as a secretary for a pharmaceutical company.

Yet after her death at age 100, Grace Groner left Lake Forest College a gift of $7 million to be used for scholarships. The money came from three shares of stock she bought–and held on to–in 1935.

Here’s a shocker — she was good at saving and investing despite not being a big earner. Hahaha.

What Does All of This Tell Us?

So what can we learn from these stories?