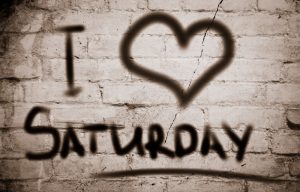 This is an extra for the week and while it’s uncommon, it will become less so from now on.

More on that in a minute, but first let me give you some background.

Over the past year or so I have posted three days a week — Monday, Wednesday, and Friday (MWF).

This set up seems to work for everyone. Readers like it and thus the site has grown quite a bit.

But it’s also been limiting. Why? Because many posts don’t fall into the MWF formula.

I’ve tried running these various posts within the week and they just don’t work as well. They seem to disrupt the week-day rhythm. And yet I need a place to put them.

In addition, the millionaire interviews are very popular. So popular in fact that I have a backlog of 40 volunteers for upcoming ones. I don’t want them to wait a year to get their stories told so in April and May I’m having “Millionaire Months” where we’ll have a millionaire interview every Monday AND Friday.

Finally, I simply have a bit more to say than what one or two open slots a week allow.

So in the future I’ll be posting now and then on Saturdays. Not every week, just when I have something to say that doesn’t work on MWF.

What sorts of things might those be? Here’s a sampling:

Basically, Saturday posts will be catch-alls — which will make them different from MWF posts. Hopefully you’ll find them interesting as well. 😉