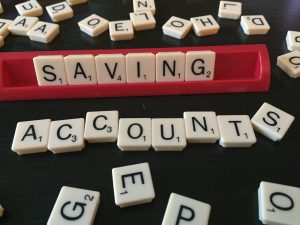 I’d love to see a yearly breakout [of your savings rate] sometime to see how it changed over the years. I’m guessing you were at a higher savings rate at the end in your largest earning years and as you had the mortgage paid off.

I thought this sounded like an interesting proposition, so I decided to give it a go.

Little did I know it would turn up some other fun insights.

Getting the Savings Rate

Thankfully I have 22 years of Quicken data to rely on.

I didn’t want to go back that far plus I wasn’t as good at tracking everything in the first few years (accuracy might be an issue then). So I decided I’d go back 20 years and calculate my savings rate by year to see what might pop up.

Just for perspective, 20 years ago I had been married five years, we had no kids, and we were living in Nashville.

I ran Quicken reports and simply took “Income minus Expenses” for each year to see the amount I saved.

One note about the results: The income numbers I came up with are not 100% accurate. They reflect capital gains as well as things like income tax returns, etc. I tried to sort them out but they were a mess some years and it would have taken me quite some time to do. Plus this gets us into the ballpark of reality and that’s good enough for these purposes.

Just so we’re all on the same page, “savings rate” is the percent of total income that you save (i.e. you do not spend it). This is available for investing, which then propels your net worth.

If you want more specifics, see How to Become Financially Independent.

Here’s what the data showed our savings rate to be by year:

Money Conclusions from the Data

The info above leads me to the following thoughts/comments:

So, those are my thoughts. Anything you’d like to add?