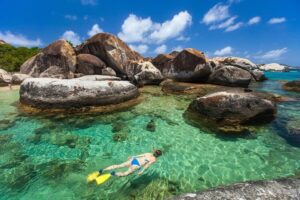 First, we’ve discovered (or at least I have, maybe you knew it already) that some people retire and are then bored out of their minds — they don’t know what to do with their time. This makes for a sad retirement.

Second, we’ve seen that the happiest retirees have at least 3.5 “core pursuits” (activities) that they participate in during retirement.

which discussed core pursuits as follows:

Think of a core pursuit as a hobby on steroids. It isn’t just something you dabble in; it’s something that drives and fulfills you. You don’t need a million of them, but you do need at least three.

It’s important to understand at an early age that having a core set off things you love to do is part of having optimal health—part of having a healthy balance when it comes to work and family and your own psyche.

The happy folks have at least 3.5 core pursuits — the activities and interests they love to do.

The book wasn’t just making this stuff up or guessing. They did a survey of 1,350 people, so their findings are backed up with science.

In addition to giving us the 3.5 number, the book offered some suggestions on what the most popular core pursuits are as follows:

The number one core pursuit for happy retirees is volunteering.

In addition to volunteering, the next three most popular core pursuits in the happy retiree camp include travel, spending time with grandkids and family, and golf — in that order.

A core pursuit can be the mere act of being social.

Another hugely important area is exercise, as it leads to vitality and health.

So from all the above we know that having activities you love is a must if you want a happy retirement. And yet there are some who can’t seem to find anything they like to do.

Enter 101 Fun Things to Do in Retirement

to solve their problems! 😉

We’ll get to the book’s ideas in a minute, but for now I want to share its thoughts on the definition of retirement.

We’ve discussed how to define retirement in an ever-changing climate — and how the retirement police are fighting new definitions every step of the way.

I personally am in favor of a re-definition, which is one reason I ask each retirement interview interviewee how they define retirement. It’s because I know those who are retired are the ones rewriting the definitions through their lives and I want to see their revised definitions.

Here’s what the book says on this subject:

English is a notoriously difficult language. As a bastard son of the Latin, Nordic and Teutonic language groups, it has so many homonyms and synonyms that trying to accurately define the meaning of anything can be enough to make your brain bleed.

Given English’s linguistic latitude it should come as no surprise that the word ‘retirement’ has many variations in meaning, each with its own shades, colors and overtones, and that any definition is going to be subject to interpretation. So, when seeking to understand what is meant by retirement, the first stop is quite naturally the dictionary.

The book then quoted several definitions of retirement from the dictionary (six in all). The results weren’t great, so they offered their own take:

Personally, I am not at all satisfied with these definitions.

So, in the joyous spirit of reinvention I would like to propose a bit of a rewrite.

The book rewrote each of the dictionary’s six versions and of those here are three that I especially prefer:

The act of retiring, entering a new self-determined phase of life, leaving the empty or oversight of others to exercise greater choice and freedom in the use of one’s time; the state of being retired.

The act of retiring, to permanently leave one’s job, career, or occupation: or to reduce or restructure one’s level of workplace involvement to better suit one’s changing desires and capacities, after many years of work: “I’m looking forward to my retirement from teaching, and taking up part time tutoring.”

The portion of a person’s life during which one’s activity is totally self-determined, and one is no longer required to work for a living: “What will you do in retirement?”

The parts I like about these are the 1) sense of freedom/self-determination of what life is/isn’t and 2) the choice to work or not work (yes, you can work and be retired IMO).

What’s your take on these (and the definition of retirement in general)?

What Kind of Retirement?

Now let’s move on to their retirement activity ideas.

As you might imagine, this book is a listing (with explanations) of 101 potential retirement activities for people to consider.

Surely there’s something for everyone in this list, right? After all, you only need to find 3.5 to be happy. 😉

They break the 101 ideas down into categories to help people select activities they might enjoy.

Within these categories lie the 101 ideas for retirees/potential retirees to consider.

I saw several ideas that I already do as well as new ones I might try. I have listed each of them below and share my thoughts on them.

Note that these are ideas that only appear in the book. There could be activities they don’t mention that I do as well.

Retirement Activities I Already Do

Here’s a list of retirement core pursuits that I already participate in — at least to some degree:

That’s it for the things I do from the book’s list. Now let’s get to possibilities…

Here are some ideas the book presented that I may want to do in the future:

So there you have them — a ton of ideas from me as well as several categories from the book.

See anything you like? If so, which ones do you think you’ll add to your retirement?

And of course, if you hate all of these you can check out 101 Fun Things to Do in Retirement

for tons of other ideas!