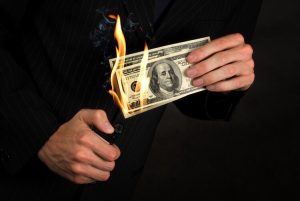 I’m a bit older than most of you reading this.

Even so, many of you have likely heard the phrase, “It’s the economy, stupid.” (I have not only heard it, but lived through it.)

Here’s what Wikipedia has to say about it:

Carville’s original phrase was meant for the internal audience of Clinton’s campaign workers as one of the three messages to focus on.

Clinton’s campaign advantageously used the then-prevailing recession in the United States as one of the campaign’s means to successfully unseat George H. W. Bush.

The phrase was meant to focus a group on one of the campaign’s vital messages — lest their efforts wander to less important topics.

For some reason, I have had a number of “interesting” experiences over the last couple months.

Here’s why they have been interesting: I have had a very similar discussion with different people in a wide range of places — the gym, church, my doctor’s office, airports, Ubers, and a few others.

Each one is slightly different but they follow the same general pattern:

After this initial interaction, we usually have a conversation that goes something like this:

Them: Wow, I’d like to retire sooner rather than later. How did you do it?

Me: I earned a good salary, saved a bunch of it, and invested that over a long period of time. (Yes, I really do use the E-S-I words in describing my retirement.)

Them: That makes sense. I could do that but I think I need to earn more. How do I do that?

Let me interrupt here and make a couple side comments:

But for now, let’s proceed.

The conversation then shifts a bit as I go into discovery mode:

Me: Well, how much do you earn a year?

Now I am positive that earning more is not their main issue. You can become wealthy making $90k per year.

Me: Does anyone else in your family earn a salary?

Me: Ok, do you have any other income?

Them: We have some rental units (or side business, or whatever) that make $30,000 a year after expenses.

Them: Maybe a bit more in interest and dividends, but those are the main ones.

Them: Yeah. It’s just not enough.

I am telling you the 100% truth! I have this same conversation over and over again with random people. If I was a swearing kind of guy, this is where I would do it!

The numbers might be a bit different (some “only” make $125k, but others make $200k) but the essence of the conversation is the same.

Them: Hmmmm. I hadn’t thought of that.

Me: How much do you spend?

Them: Well, we do have a lot of expenses.

Me: Do you have a budget?

Them: Not really. (Some will say they do but when pressed it’s obvious they do not.) And we have some big expenses.

Here they will begin telling me all sorts of spending-related requirements they have: kids’ sporting events, travel, cars, on and on and on.

You wouldn’t believe what people say they “have” to spend money on. Almost all of it is discretionary.

Back to the talk:

Them: Hmmmmm. I’ll have to think about that.

This conversation can last as short as five minutes (in the locker room getting changed) to a couple hours (on a plane with seat mates).

But the essence is always the same: they make a good income but spend too much. Thus they haven’t saved and can’t retire.

This is why I want to modify James Carville’s saying for those wanting to become wealthy and have shirts printed up that say:

The personal finance blogging community goes back and forth quite frequently between which is more important: making money or saving money.

I even battle with it myself. After all, I do have both an “E” and an “S” in this site’s name.

In the end, both are required and I like to think of the balance in these ways:

Given these points, I feel compelled to say:

You don’t have to make a fortune (or even an above average salary) to become wealthy.

Those are the cold, hard facts of financial independence.

How to Control Your Spending

For those of you who may have friends in a similar situation (I know no ESI Money readers would have this issue 😉 ), here are the steps I suggest for getting your spending under control:

I know. I’ve lost most of you already. But you want the tips that really work, right? That’s why this step is first.

Here are the details on how to create a budget (AKA a cash flow plan). Read the post and do what it says.

If you haven’t had a budget in a long time (or ever), you’ll need to cobble one together from past bank statements, receipts, credit card statements, and the like.

If that’s too much of a problem, then simply make estimates of what you earn and subtract what you spend. I do it by month, but you can make a budget by quarter or year if you like.

2. Live with the budget.

Your first attempt will be off in many ways, and as you live with the budget you’ll see where it’s lacking.

It will only take 2-4 months until you find out what needs to be adjusted, so it’s not long before improvements can be made.

3. Adjust the budget based on experience.

Now that you’ve lived with it and seen how it performs in real life (which generally leads to higher-then-expected expenses), adjust the budget accordingly.

4. Look for opportunities to cut.

At all of the stages above you’ll likely identify opportunities where spending can either be reduced or eliminated.

Put these into your budget and continually identify expenses that don’t mesh with your goals.

Hopefully you will be able to balance your budget without having to forego something you really want, but if you’re like 99.9% of Americans, you won’t. Some of the cuts will sting a bit.

That said, your larger goal of financial independence should be more than enough to sooth the sting if you keep your eyes on the prize.

The key is to develop moderate and selective frugality. Spend on the things most important to you and save in areas you don’t care as much about.

And if you need help saving, here’s a list of great places to consider.

From here on out, you simply refine again and again to keep expenses as low as practical based on your goals (while also growing income).

Do this over time, invest the money saved, and sooner rather than later you will be financially independent/ready to retire.

Those are my suggestions for keeping spending at bay. Anyone else want to add something I missed?