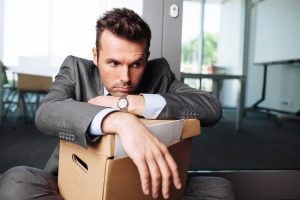 Not many people who have just been fired will tell you that it was one of the best things to ever happen to them.

I would be among that group. When I was fired, I was shocked, confused, stunned, angry, and a bit lost.

Early in the process of dealing with it, I thought it was one of the worst things to ever happen to me.

But over time things have a funny way of working themselves out. Now I consider getting fired to be one of the best things to ever happen to me.

Let me tell you why…

I detailed what led up to the firing as well as the dirty deed itself in The Day My Most Valuable Asset Took a Hit, but let me add a few more points:

All this and much more added up to one thing: S-T-R-E-S-S. Big-time stress…

How did this stress manifest itself? A few ways:

I think you get the picture. Lots of success at work but a ton of stress and many sacrifices.

What the Firing Did

So while the firing looked like it was something bad (which was how I took it initially), here is the series of good events that it unleashed:

So what appeared to be one of the worst events in my life actually set in motion a series of events that has given me a great life that I could never have imagined a few years ago.

So why did I want to write about this? A few reasons:

Any one reading this who has been fired or known others who have? Was it good or bad?