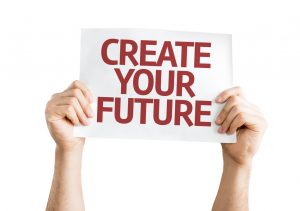 Please, please, please do yourself a big favor, open your mind for just a couple minutes, and read this post.

Doing so and taking action on it could net you millions in extra net worth and cut your time to financial independence (FI) substantially.

That’s worth a read and consideration, right?

So why did I begin this post by begging you to read it? Because people have career issues.

They hate to read about careers, don’t take action to grow them, or do anything else much with their primary source of income — all to their great financial detriment.

We’ll talk about why this occurs and what to do about it in a minute. For now, let me share the conflict between how people treat their careers and hitting FI.

I’ll admit that this post is a bit rant-y.

When I get like that, much of it is tongue-in-cheek, so please don’t go ballistic on me if something ruffles you the wrong way.

Ultimately, I’m writing this because I want to help you.

In addition, the post weaves in and out of one idea to another since there’s just so much to cover with this topic.

Please bear with me a bit and I promise that I do get to some actionable steps at the end.

Now with those things said, let’s dive in…

So here’s the career/FI relationship for many Americans:

That sounds like just the opposite reaction than what they wanted, right?

Ok, so not everyone HATES his career. But certainly a large number are not willing to take the simple steps required to grow their careers. And the result is a longer path to FI.

So let me suggest that it’s better to grow your career and reach FI earlier. That seems logical to me.

In addition, if you grow your career it’s likely you’ll advance and be able to work on projects that are more enjoyable.

That’s a great side benefit, right?

And even if you love your job, don’t you want to reach FI as soon as possible? You can always keep working after you reach FI. But if you don’t start now, you won’t have that choice.

Careers are So Lovable

Before we get to why people neglect their careers, let’s quickly review why careers should be one of the most-loved parts of our personal finance plans.

If you don’t believe me, consider that most millionaires I interview grow wealth through their careers. These are people who have achieved FI (or close to it) and they’ve done it by working the ESI Scale — which includes growing your income.

On a side note, it’s funny but I get a lot of comments about wanting millionaire stories that include low incomes because “it’s clear that having a good income helps you become wealthy.”

Asking me to post millionaire stories with low incomes is like asking me to post ways to lose weight without proper nutrition. Yes, it can be done, but it’s not the best way.

Besides, the ESI Scale doesn’t say you have to earn $200k a year to become wealthy (here’s a great example of what I’m talking about) , but the path to wealth while making $20k a year is a tough road and very unlikely.

So it’s not just me suggesting growing your career represents a clear path to faster financial freedom. It’s the everyday millionaires that are featured here quite frequently.

And yet, with all this tried-and-true advice (including the numbers being spelled out clearly), people dislike career advice and take very little action on it.

Ugh! Enough with the Career Advice!

Why do I say this? Here are the data points leading me to this conclusion:

So in the end I’ve come to the conclusion that very few are thinking about managing their careers. Fewer yet are actually doing it.

And yet we’ve already established what a great impact career growth can have on a person’s finances.

So given the fact that working on your career is so beneficial financially, why are so many not interested in career growth?

Here is my thinking on some of the potential reasons:

I probably missed a few good reasons. If you have some others, please add them in the comments below.

My Response to the Reasons

Here’s my take on the above:

That’s my thinking. Now let’s look at what some others have said here.

Some ESI Money readers addressed the issue of why many don’t invest in their career with some great comments on Your Career Can Pay Off Big-time.

Let’s begin with this one:

If I may offer a simple explanation for the ‘type’ ESI describes, that is “more the rule than the exception”….

This person doesn’t take action, or aspire to spend money/time, because it might not pay off. They might have been ‘average’ (or below) students, and observed that in school the difference between an ‘A’ student and a ‘C’ student isn’t much. They pass along year-by-year at the same pace. And the judgment/pecking order of peers isn’t really based on academics. By age 20, the 75% who do not pursue further education after high-school have forgotten most of what they knew about Algebra, U.S. History, technical vocabulary for English, etc.

Each year that goes by, the ‘payoff’ potential for increased education is lower by one year. Change becomes harder. If this person decides to ‘try’, then they will have to face the cold truth that they were wrong for all those previous years; the Cognitive Dissonance is too great to overcome, for most. They will have to leave familiar people, expectations, and environment, behind. And they still might fail.

This is a good summary of my “won’t do any good” reason above.

I wonder how many people don’t invest in education because there are so many options there’s a paralysis of choice. That’s something I, unfortunately, use to delay learning – doing the research to find out how to get started. Or I’ll look around for books on something and nothing will stand out. Think this falls under the “they don’t know what to study or where” category.

I’m not sure how much of a problem this is, but it’s certainly plausible and worth considering.

What to Do About It

Ok, so I’ve rambled and ranted on for far too long now.

It’s time to put up or shut up.

So my suggestion is to take action now to grow your career — even if you hate it, even if you “don’t have the time”, even if [insert excuse here].”

Ha! I know, that was really helpful, right?

My more constructive suggestions are:

After doing these simple things you will eventually reap the benefits.

And then you can thank me. 😉