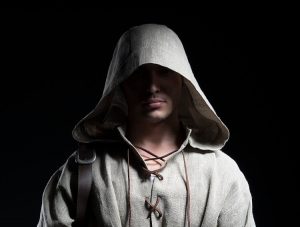 I’m going to give you a warning up front — this could get a little geeky.

But hey, we’re all money nerds anyway, so what’s a little geekiness to boot?

I’ve mentioned a few times how I like to play video games. I have a specific type of game I prefer: the ones where there’s a hero, an open world, and where both stealth and fighting are part of the success formula.

This means some of my past favorites have been the Batman Arkham series, Horizon Zero Dawn, and, more recently, Spider-man.

But by and far the series that I’ve enjoyed the most has been Assassin’s Creed.

It was while playing the latest game in the series, Assassin’s Creed Odyssey

, that I realized I was using several money principles to help me do well.

As I considered this, I thought the reverse is true as well — that by playing the game and seeking to do well, you develop skills and principles that help in money management. These are what I want to share with you today.

Many of you have probably never heard of Assassin’s Creed (AC), so let’s start off with a quick overview.

Here’s part of what Wikipedia has to say about it:

Assassin’s Creed is an action-adventure stealth video game franchise created by Patrice Désilets, Jade Raymond and Corey May, developed and published by Ubisoft using the game engine Anvil Next. It depicts in the centuries-old struggle, now and then, between the Assassins, who fight for peace with free will, and the Templars, who desire peace through control. The series features historical fiction, science fiction and characters, intertwined with real-world historical events and figures. For the majority of time players would control an Assassin in the past history, while they also play as Desmond Miles or an Assassin Initiate in the present day, who hunt down their Templar targets.

The video game series took inspiration from the novel Alamut by the Slovenian writer Vladimir Bartol, while building upon concepts from the Prince of Persia series. It begins with the self-titled game in 2007, and has featured eleven main games. The most recent released game is 2018’s Assassin’s Creed Odyssey.

Main games of Assassin’s Creed are set in an open world and presented from the third-person perspective where the protagonists take down targets using their combat and stealth skills with the exploitation of the environment. Freedom of exploration is given to the player the historical settings to finish main and side quests.

Here’s my version of what the series is about:

It’s fun for me because the game is a challenge, requires strategy, and you can see your progress over time. The graphics are generally very good. It’s basically a movie where you are the star as well as write the storyline.

My History with Assassin’s Creed

While the series started in 2007, my experience with it began much later.

As you might imagine, AC can be a bit violent.

Anyway, in 2007 we had a PlayStation (I think, perhaps we got it later) that was attached to our main TV.

The main TV was in our living room where all could see what was going on.

This included my then 10-year-old son and 8-year-old daughter. At this point we didn’t want them to see blood and gore. As such our choice of video games was quite tame.

In addition, my wife dislikes violence in anything — video games, movies, TV shows, etc. — and a game with a name that included “assassin” was a no-go for her before we even knew what the game was about.

So I watched at a distance as others played. I read about the series now and then and always came to the same conclusion: “I think I’d like this game.”

Fast forward to 2014 when the earth, moon, and stars aligned into the following:

Combine all these and the answer was clear: my time had come!

I bought the three-pack and proceeded to spend the rest of the week slashing my way to victory.

While my wife wasn’t thrilled when she got home, the adventure continued to the other games that had been released and I hadn’t played.

I LOVED the series and played one after another.

Finally I caught up to their release schedule and played them all. 2015’s Assassin’s Creed Syndicate was the first in the series that I had the chance to pre-order.

Now what I am about to share will throw some of you for a loop. But bear in mind a few things:

With that said, I received an email from PlayStation detailing the use on our account.

The highlights included how many hours we played in 2018: 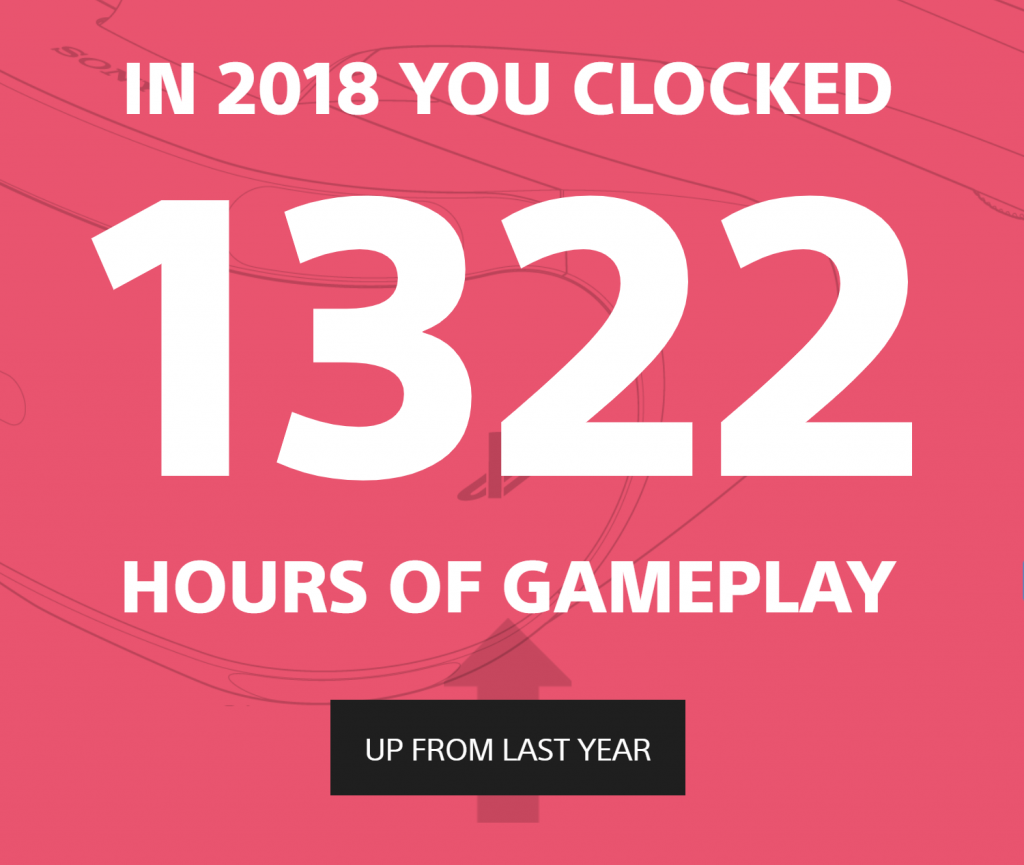 Yes, I realize that’s just under four hours a day. This is why I think they are using more than just video game time. More on this in a minute.

Here’s a shot of the time spent on the top three games: 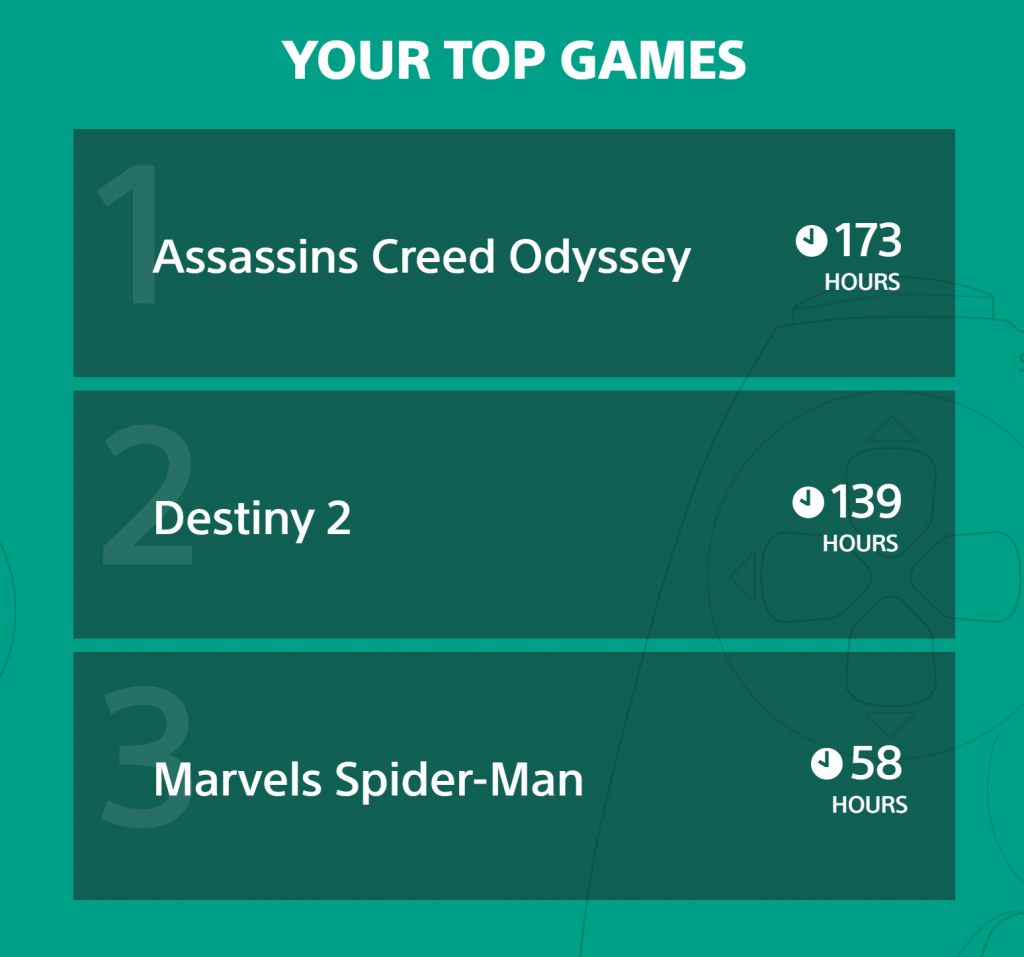 That said, because I am a tracker by nature, I record my hours playing each game (I like to know what sort of value I’m getting out of them). My records say I played 167 hours of AC Odyssey (I played once all the way through and then 3/4 of a second game) and 56 hours while playing through Spider-man 1.75 times. In other words, the PlayStation numbers are pretty close to what I had.

There was a good deal of free time for my son before he got his second job, so maybe these are only video game hours.

Finally, here are our hours by month: 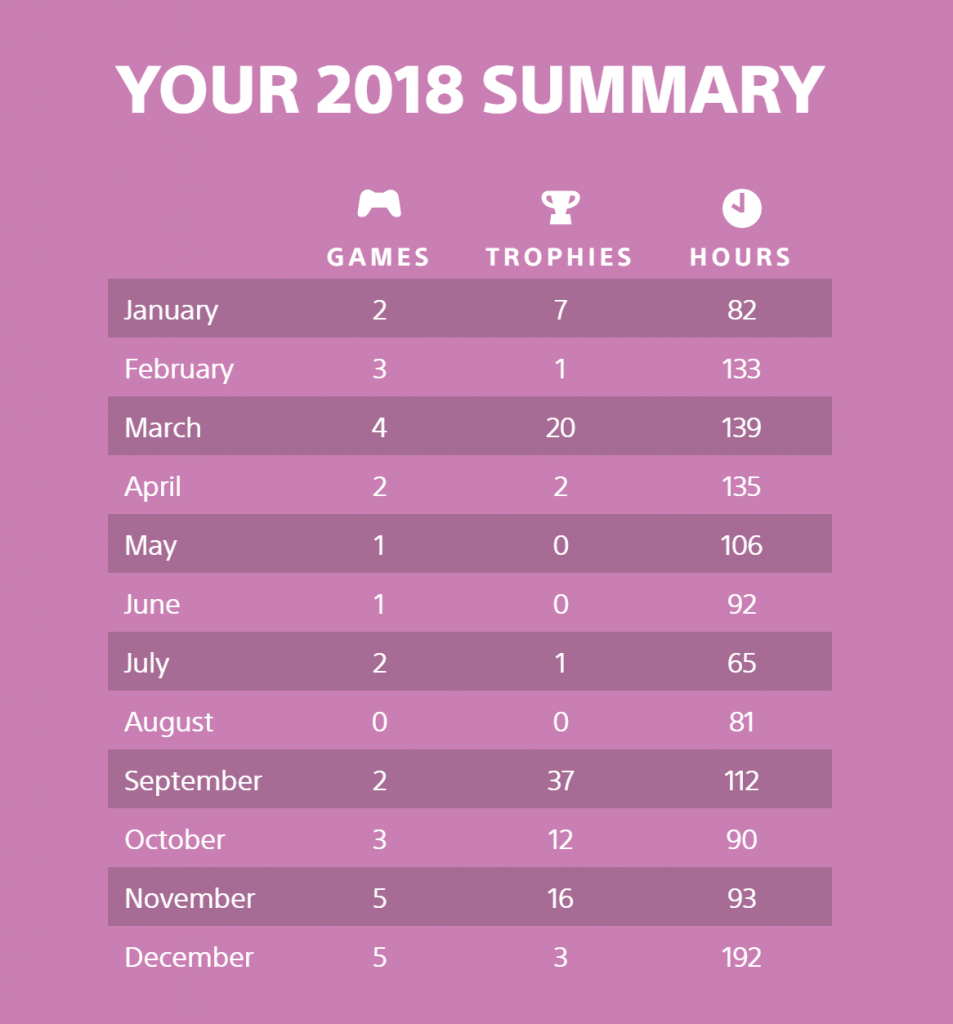 I can see how the hours ramped up based on release schedules.

Anyway, you can see that we like our video games. And hopefully the numbers show that I’m more than a beginner on AC.

How AC Can Make You Wealthy

With that long preamble, let’s get to the heart of the post: what I (and everyone) can learn from AC that can make us wealthy.

As some of you might have guessed, I have it broken down into three simple steps:

1. You need to maximize your earnings.

In AC there are a couple of earning opportunities.

The first is money of some sort (called by different names in each game) that you can use to buy upgraded equipment (which makes you a better fighter).

The second is experience points (or some version of it) that you earn by completing activities successfully.

As you might imagine, there are various tasks, quests, side missions, and the like that allow you to earn different amounts of both money and experience.

If you’re looking to gain the most of each as fast as possible, you want to select projects that have the highest pay-to-time ratio.

For instance, you can check the experience point rewards quests before you agree to them. I would go to the message board in each area, look over the options, and pick the ones closest to me (I had to either run or ride my horse to them) that I knew I could complete quickly. I’d then select those, complete them, and rack up the points.

Of course you might not be playing to maximize income but for fun, but we’ll leave that aside for now.

Everyone has a fixed number of hours each day that they can use to grow their earnings. One relevant example is that instead of watching four hours of TV a night (or playing four hours of video games — ouch), you might want to:

Of course no one wants their nose to the grindstone every second, so if you have four hours of free time a day, take a couple of them for projects that help you earn more (and if you “don’t have time”, here are some ideas for finding it). Simply making a bit of progress every day will add up to something very significant over time.

During each AC game there are times you can buy something, but you’re probably better off saving that money/experience for something later.

We’ve talked previously how saving is just as important as earning.

In fact, it might be more important since you can become wealthy at different levels of incomes if you can save, but if you can’t save, no level of income will make you wealthy (just look at all the athletes and actors who make millions and yet go broke).

In this way saving is the lynchpin that makes anyone wealthy.

3. You need to invest wisely.

The second time I played AC Odyssey (in this game you could play as a man or woman character, so I played the first game as the man and have gotten through 3/4 of the second as the woman) I knew that some skills were more valuable to me than others, even though they cost the same. So I would save my ability points and buy these skills versus “waste” them on others.

Said a different way, I would invest the money (or experience) I saved in a way that would help me earn more. Then I would do even better, make even more, invest the new amount well, and the cycle would repeat. In this way I had lots of fun progressing quickly through the game (for someone who roamed around a lot).

Just like I looked to invest my AC money/experience to get the most out of it, the same can be done in real life.

Of course you need to balance risk and reward in reality (versus going for it all in a game), which is why solid investments like index funds, dividend investing, and real estate with a good dose of time thrown in can help you earn more if done right.

These in turn churn off money and/or grow so you have more to invest, which in turn earns more, and so on. It’s how people become wealthy.

Even More to Learn

Those are the main three learnings which fit nicely into the ESI philosophy.

But there are other lessons the game teaches that apply to money. Some examples:

Those are my thoughts on how AC can help make anyone wealthy.

Anyone out there have something to add?

Any AC fans out there — or fans of video games in general? What do you learn from your games that can make you wealthy?