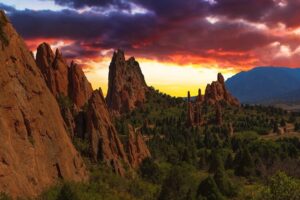 There’s some interesting and unique stuff in this post…don’t skip through it or you might miss something. 😉

In some ways, it seems like I left work yesterday.

In others, it feels like I’ve been retired for a decade. Must be those retirement reverse dog years making me feel that way. 😉

I can say that at this point retirement life feels absolutely normal. This is good and bad.

It’s good in that I’ve settled into the new normal and it’s awesome. I wish I had retired a decade earlier.

It’s bad in that the “Christmas morning” feeling is completely gone. As such, I’m not up at 5:30 am any longer. I sack it in until about 6:15 am these days. Ha! It’s still earlier than I got up when I was working but it’s so much later than the first couple years of retirement.

I’ll be writing a post soon detailing the great things about retirement now that I have four years under my belt, but for this article, I just want to give you an update on what’s happening in my life.

For the record, here’s my last retirement update at 3.75 years. You may want to read it as some of the items mentioned in this post will assume you know what’s in the former piece.

The past three months have been full of excitement, so let’s get to the details!

Like most (all?) of you, the Covid-19 lockdowns have altered the way we think about and approach certain aspects of life. Sometimes it takes getting out of your comfort zone to see a different way things could be, and the past several months have certainly been that.

So here are some new habits/activities I think we’ll change permanently:

We have been talking about spending a couple winter months in Florida (assuming the virus isn’t bad next year and we all go on lockdown again). Our tentative plan is something like this:

Our daughter and son-in-law will be living with us while they get settled, so they’ll be in our house while we’re traveling.

Hopefully this plan will help us find one or two places we really like, then in 2022 we’ll simply go to that city for two months.

That said, it’s looking less and less likely that there will be much travel in January/February, so this might end up being our plan for 2022.

We are flexible though, so we can wait until the last minute before we decide to leave or stay. Time will tell.

In addition to the above, the following are also on my list of places to visit some day:

We’ll see if we get to all these…

Our net worth was at $4.374 million at the start of January and at the end of July we were at $4.458 million. (FYI, I record “official” net worth numbers at the end of each month). The market (S&P 500) is just about equal between the two dates, with the increase in net worth being the dividend stocks and extra index funds I bought when things were low which have really paid off.

Here’s a rundown of the net worth rollercoaster we’ve been on the past few months:

My dividend stocks have done about as good as the market on growth. Through July the original 10 were up over $62k or 31.3% while the S&P 500 was been up 32.1% in same period. The difference maker is that my stocks also pay an average 5.6% dividend while the S&P 500 is at 1.9%. It sure is nice getting those checks and having yet another source of income. BTW, my stocks are weighed down by a couple oil stocks which I do think will bounce back big in the long-term. I’ll keep reporting on these to keep you in the loop how they are doing.

FYI, I added Chevron and Walgreen’s (after they announced terrible news and the stock dropped like a rock) stock to my original purchases so now I have 12 stocks total, all worth about $20k each.

This recent “jumping into the market when it tanked” got me to thinking about other times opportunities presented themselves. By taking advantage of these, my net worth has benefitted dramatically. Here are four such times I can think of:

The lesson? Take advantage of unique opportunities when they present themselves. If you are able to do so, it can turn out quite nicely for you. Is this timing the market (which I’m generally against)? Probably is. But in some cases it seems so clear that there’s an opportunity that I’m willing to take a chance. That’s what having several margins of safety can do for you — allow you to take risks you might not take otherwise.

My real estate investments have had some of their best months ever. I only have one tenant not paying and we’re trying to work with him (he’s not communicating much, so we’ll see what happens). Other than that, they all paid through the lockdowns. In addition, the shutdowns in Michigan have stopped my management firm from doing what I would call “questionable” maintenance. So my expenses have been virtually zip, making for very nice cash flow.

ESI Money is doing better. Both traffic and ad revenue have picked up since the tragic March/April timeframe. On March 3 I was at a pace to earn $50k from the site on ads alone. I’m currently at a $35k pace for 2020, so the impact has been significant. That said, I have cut down from four posts a week to three, so that’s part of the decline as well.

I need some more millionaire interviews as we push beyond 200. If anyone wants to do an interview, please drop me a note. A few comments on these:

I think by now you all know I started another money blog back in April 2005. It’s name was/is Free Money Finance (FMF). Several ESI Money readers have been with me since those days — which I’m very thankful for. I stopped writing there because people at work found out I owned the site and it’s kind of awkward when the president of a company is revealing his finances to 800 employees. Today the site is still up though I’m not posting new content there. It costs me $125 a year to keep it up and I just don’t have the heart to take it down or sell it. Anyway, FMF was quite successful and is what set the stage for launching ESI Money. A few stats from FMF:

Admittedly, many of them were junk. I used to post several times a day, though almost all the posts were shorter than what I do now. They were as short as a few hundred words (mostly a quote pulled from a source and then my commentary on it).

That said, some of the posts are actually very good (maybe 5% or so rate this high based on today’s standards). Despite the fact that only 5% are very good, because I wrote so much, that’s still 600 posts that are “very good”.

Over the course of time I’ll be selecting the best of the best and running them here on ESI Money because the truths they hold are still true and valuable. In some cases I’ll be updating them but in others I’ll run them as they were.

Eventually I’ll move all the best content here and at that time FMF will probably fade from existence. We’ll see.

I have one ESI Money content related question. I’ve been writing a lot about retirement (of course) and I’m wondering the following: What do you want to know more about retirement?

The interviewee for Side Hustle Interview 8 has launched an updated chess site and has offered all ESI Money readers a free set of chess study plans. You can find those here.

and posting on the book (see Passive Income, Aggressive Retirement, Five Categories of Passive Income and How to Evaluate Them, and 28 Ways to Create Extra, Passive Income for details), I began to think about creating another source of income.

I considered a few options and actually now have a list of things I will likely launch over the next several months/years. So I want to give you a heads up about them.

BTW, there are a lot more reasons why I’m trying these than the money — that’s the least of my concerns at this stage of life. A few of them are:

As for the first project, all I can say is this:

ESI Money readers will get first notice of this project (through my email list), so if you’re not signed up yet, be sure to do so.

Here are a few of the books I’ve purchased from Amazon recently — some of which I’ve done posts on and some are still to come: