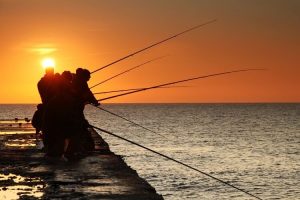 When I tell people that I’ve retired early I get a variety of reactions.

But once the surprise (which is always part of the reaction in some measure) wears off, the questions begin.

And the most common one is something like this, “How did you do it? How can a person retire early?”

That’s what I plan to cover in today’s post.

Before I get into specifics, let me say that this quote from Dave Ramsey sums up perfectly how to retire early:

I’m going to give specifics, of course, but the heart of retiring early is that for some time you will have to live like no one else. You will need to do the things others won’t or can’t. They will be difficult, challenging, and against the grain of our consumerist society.

But if you do them, then you will be able to live like no one else, which in this case is to retire early with financial security.

There were several things I did to get to the point of early retirement.

Some were small and contributed a bit here and there. I won’t be covering those today. Instead I’ll focus on the big moves that allowed me to make significant progress.

It begins with earning a decent amount of money. Retiring early can be done at all income levels, but the more you earn the more you can sock away and the more you’ll have to fund the retirement you want. And, of course, you’ll be able to retire faster if you do these things.

I didn’t want to downgrade my lifestyle (at least much) when I retired so I needed an income that was fairly substantial to allow me to save a bundle.

Here are the main ways I was able to earn a good income:

Controlling spending is why retiring can be done at almost any income. If you make $40k and spend $20k, you’re making good progress towards early retirement. The same holds true for making $100k and spending $60k or making $200k and spending $110k. If you want more specifics, see Income and Spending Scenarios and the Impact on Wealth.

If you can control your spending and create a gap between what you earn and what you spend, then you can begin to sock away money for early retirement. The bigger the gap, the more you can save and the faster you can retire.

I am thankful that 1) I am frugal and 2) my wife is more frugal than I am. As such we were able to live on a fraction of what I made. And we were not miserly by any stretch of the imagination.

We have lived in four-bedroom (five now), three-bathroom (four now), 3,000+ square foot homes in good neighborhoods all our married life. Not the best/fanciest neighborhoods where “all the rich people live”, but we wouldn’t really want to live in those places anyway. We’ve lived in middle to upper middle class neighborhoods so we certainly weren’t depriving ourselves.

We took vacations (mostly to see family but also took three cruises with the entire family including my mom and dad (which we paid for)). Because we were happier just with ourselves and our lives, we didn’t really give up anything. We drove new cars (though we got them for good prices), our kids played all the sports/did all the activities they wanted, and we had more fun than a family deserves. And it didn’t cost that much.

A few things that helped us control spending/create a good gap:

Doing these things allowed us to create a solid gap between earning and spending and to save 36% of my gross income over our working years.

3. Invest for growth and then income.

There’s no way we could have saved enough to fund early retirement. But we could take the gap our earnings/savings provided, invest it, and watch it multiply.

Here are a few ways we did this:

For those of you following along, you’ve probably already figured this out, but all the above comes down to focusing on the following:

And hence the name of this site. 🙂

If you do these three things — earn, save, and invest — and do them correctly and over time, you will be able to retire early as well.

BTW, there are many ways, not just one, to work the ESI Scale and reach financial independence.

Any additional thoughts or comments?

FYI, if you’d like more information on how to retire early, check out my FREE ebook on the Three Steps to Financial Independence.